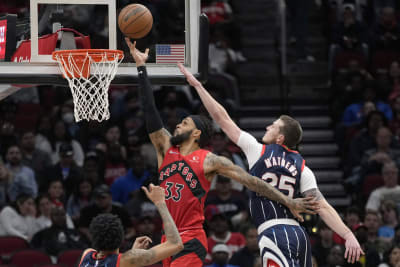 After a topsy-turvy NBA trade deadline the games commenced on Thursday night.  The surging Raptors traveled to Houston to take on the lowly Rockets.  Toronto has been hot of late, and nothing changed against a team very much in the middle of a rebuild.

Behind one of the most emerging players in the league, Gary Trent Jr; who had his 7th straight game with 30 points or more, the Raptors beat the Rockets 139-120.  It’s the 8th straight win for the Eastern Conference team,  the longest current win streak in the league.

Hailing from Duke, and following in his father’s footsteps to the NBA,  Trent Jr, had 42 points on the night.  The Raptors cohesive brand of ball overcame the loss of Fred Van Vleet who did not play in the game.  Houston was active during the trade deadline, moving more pieces to further their rebuild.

It gets no easier for the Rockets as they will now begin a four game road trip.  The Raptors will go back to Toronto and host the Nuggets on Saturday night.