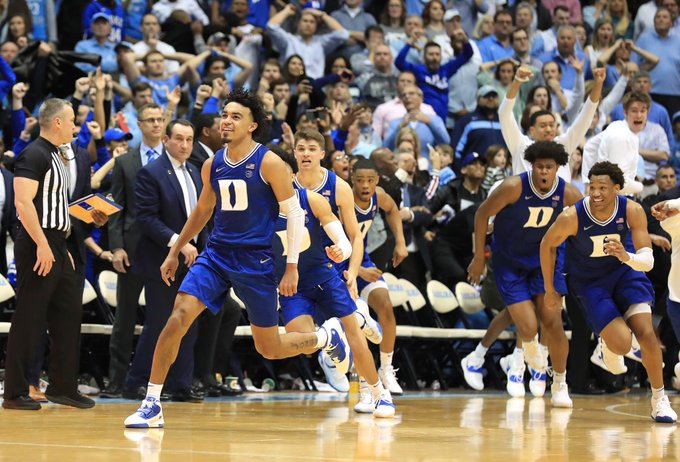 It has been a nightmarish season for North Carolina, who have been called by their coach the least talented Tar Heels team he has ever seen. On Saturday at Chapel Hill, they had a chance to get some pride as they hosted archrival Duke. The Blue Devils have had their usual success, entering the game in the Top Ten. Carolina was in control most of the night, holding a 13-point lead with under five minutes to play. Duke would rally and tied the game on a Tre Jones jumper following an intentionally missed free throw at the end of regulation. At the end of overtime, Duke was again at the free-throw line and got a rebound with Wendell Moore Jr. hitting the winning basket at the buzzer to win the game 98-96. With the win, Duke stands 20-3, including a 10-2 record in ACC play. North Carolina meanwhile sits 10-13, with a 3-9 conference record.