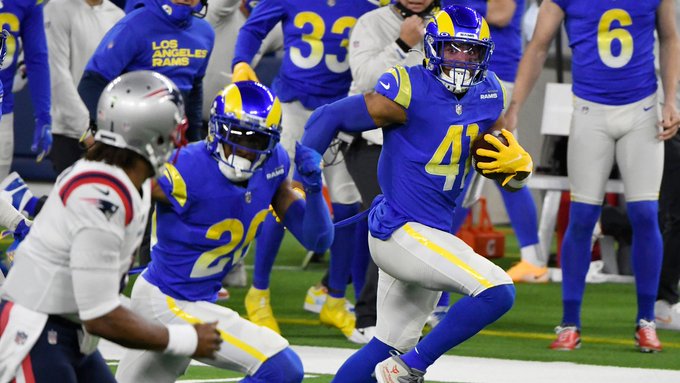 The New England Patriots’ playoff hopes are on life support after an ugly 24-3 loss to the Los Angeles Rams on Thursday Night at SoFi Stadium. The Patriots came into the game, winning four of their last five games to get back to .500 at 6-6. Four days after beating the Chargers 45-0 on the same field, the Patriots’ offense failed time and again, as they managed just three points in four trips inside the red zone. The back-breaking play was a 79-yard interception return by Kenny Young that game Los Angeles a 17-0 lead early in the second quarter. Cam Newton struggled and was benched in the fourth quarter, while Cam Akers rushed for 179 yards to lead the Rams attack.