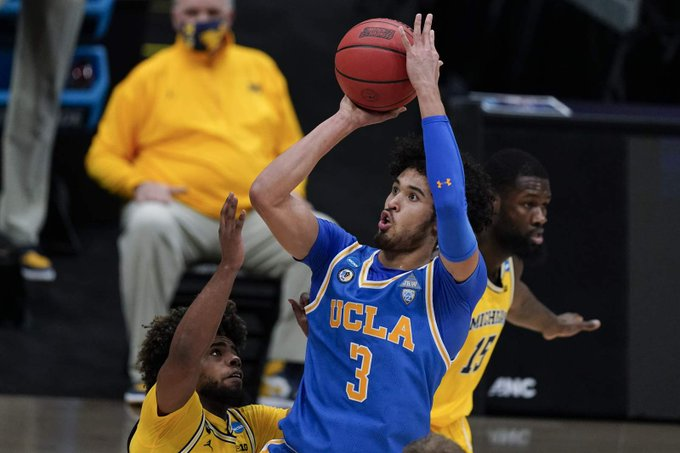 UCLA became the second team to go from the First Four to the Final Four (VCU 2011). The Bruins reached the Final Four for the first time in 13 years by beating #1 seed Michigan 51-49. The Wolverines struggled from the field, shooting 39.2% while making 6-of-11 foul shots. Franz Wagner had a particularly bad game making just one of ten shots. UCLA was led by Johnny Juzang, who had a game-high 28 points.  Despite the struggles, Michigan had their changes missing two three-point attempts in the final seconds. UCLA will next face Gonzaga, who remained unbeaten, beating USC  85-66.