Fit To Be Tied 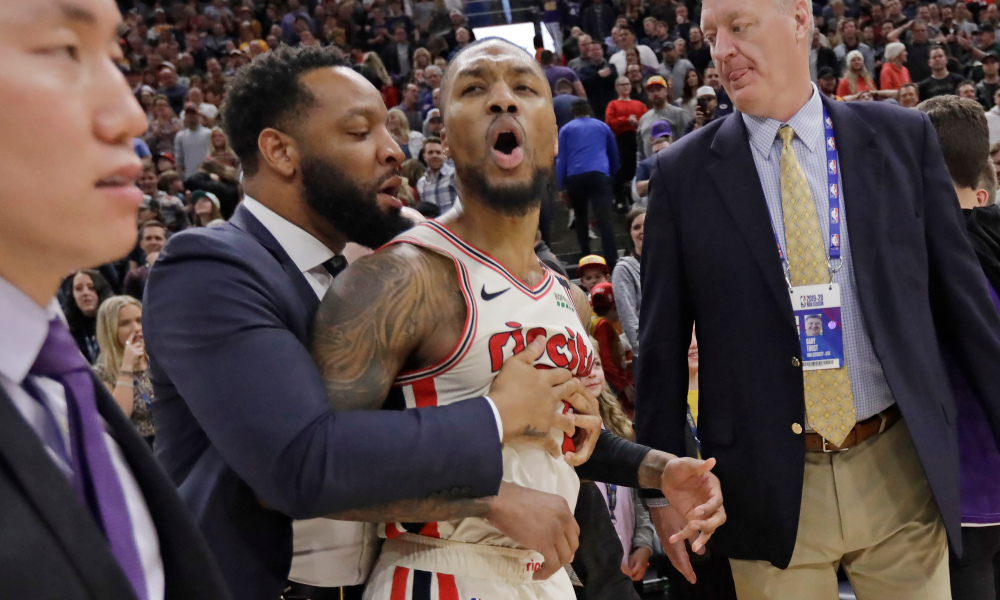 Damian Lillard of the Portland Trail Blazers continued his torrid play Friday Night, scoring 42 points with six rebounds and six assists. However, he was left incensed at the end of the game after the referees missed a goaltending call against Rudy Gobert that would have tied the game. Instead, the Utah Jazz held on to beat Portland 117-114 at Vivint Smart Home Arena. After the game, the officials admitted they blundered, but that is little solace for the Blazers who dropped to 24-29, while the Jazz sit at 33-18 with the win.