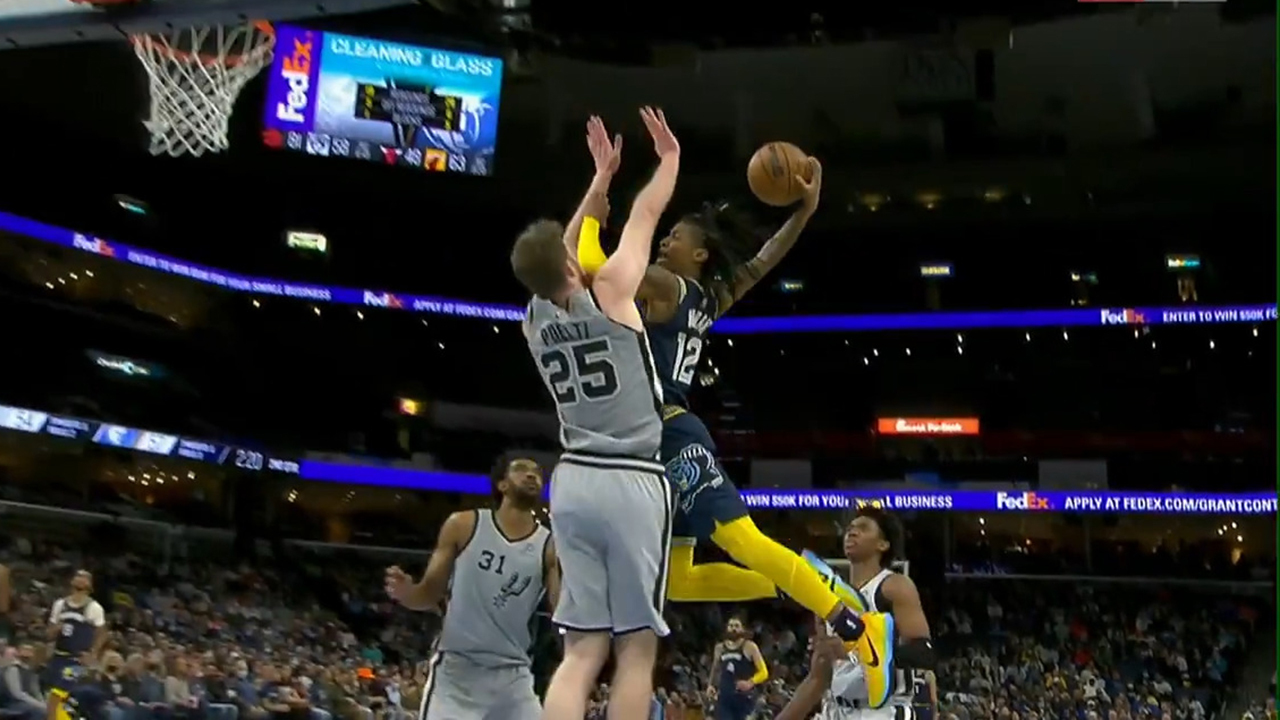 Monday night belonged to All-Star guard Ja Morant.  The electric playmaker’s full abilities were on display at home vs. the Spurs.  On his 52 point night, Morant had three memorable moments, all coming within the first half.

Ja hit a three from nearly half court, threw down a vicious dunk on Spurs Center Jakob Poeltl, and hit a buzzer beater from the essentially behind the baseline.  The Murray State product’s ability to make the right decisions for his ball club, while also being a human highlight reel is special.

The Grizzlies won the contest 118-105, winning their second straight game in the process.  As for San Antonio, they came into the game winning 3 of their last 5, and while they’ve struggled they’re still in-play for a play-in game.  Memphis has solidified themselves as the overall three seed in the West, and have taken massive leaps forward behind the play of their superstar.