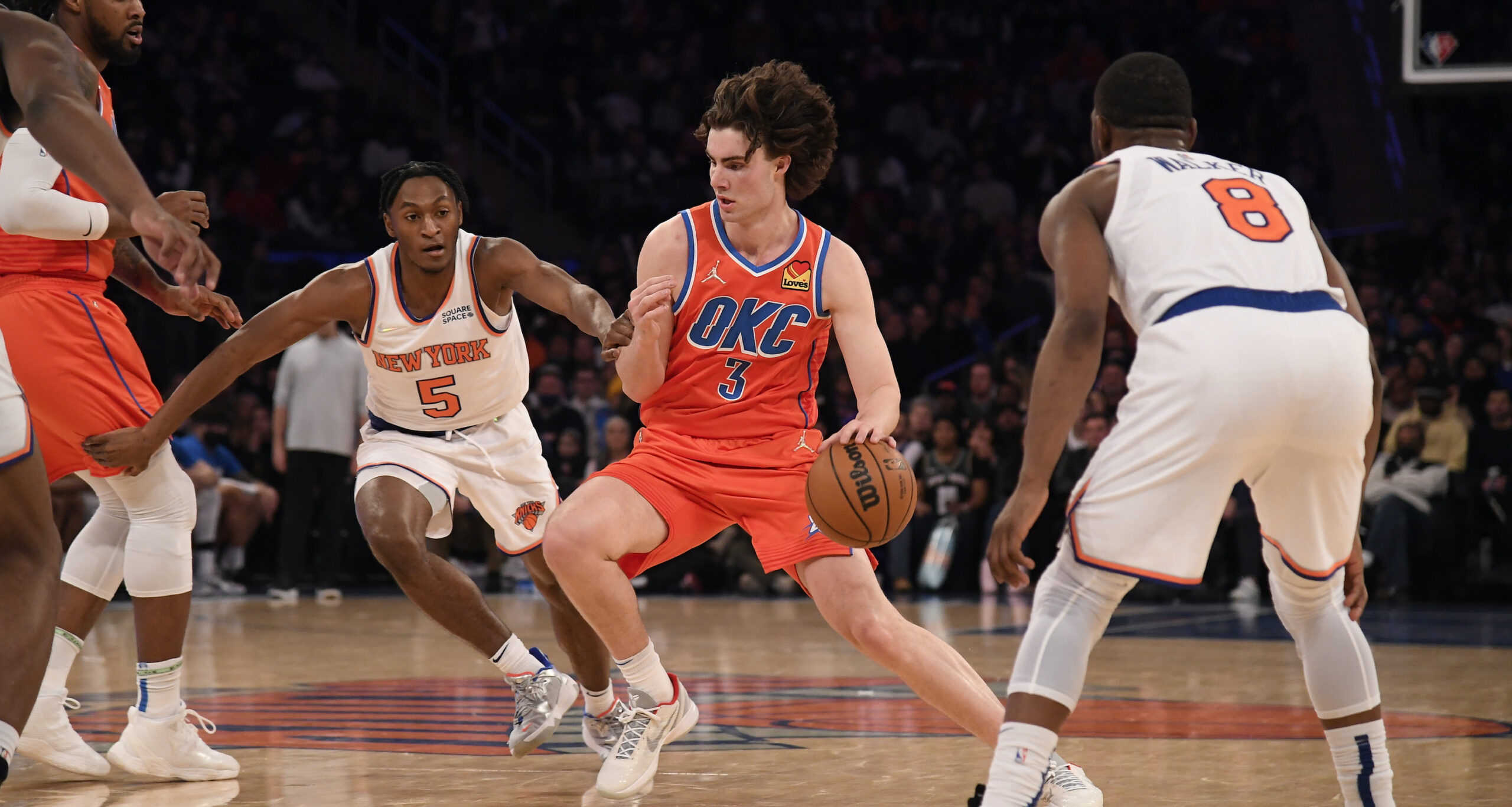 The night after the Super Bowl saw a full slate of NBA action.  Two struggling teams, but for different reasons faced off at Madison Square Garden.  The Oklahoma City Thunder, a team in the middle of a rebuild, showcased a budding star in guard Josh Giddey.  The Thunder, a squad of young potential hung with the down-trodden Knicks the whole night.

In fact, OKC pushed the contest to overtime, and won 127-123.  Giddey filled the box score recording a triple double with 28 points, 11 rebounds, and 12 assists.  It was the Australian’s career high in points, and he wasn’t the only rookie to play well on the night.  Tre Mann also had a career night with 30 points for Oklahoma City.

The Knicks have struggled the entire season, with a disjointed roster, and lack of play making, they lose another game they should have won on paper.  The games aren’t played on paper though, and while Julius Randle had a triple double as well, New York wasn’t able to get over the hump on the night.

The win is something for the Thunder to build off of as they move forward through the season.  As for the Knicks, the loss is yet another example of how far they’ve fallen off compared to last season.