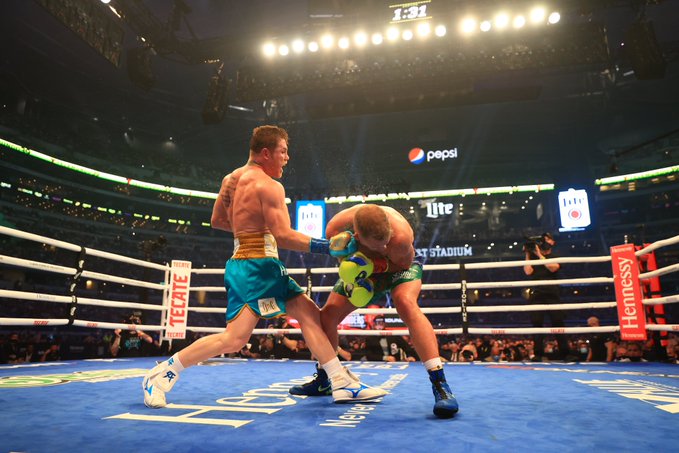 A record crowd was on hand at AT&T Stadium as Canelo Alvarez, the current best pound-for-pound fighter, took on  Billy Joe Saunders in their super-middleweight unification fight. Saunders stood toe-to-toe with the heavily favored fighter for seven rounds. However, in the eighth round, Canelo took control, rocking Saunders with a shot that left him with facial fractures. BJ Saunders survived the round but could not answer the bell for the ninth as Canelo Alvarez won by TKO.