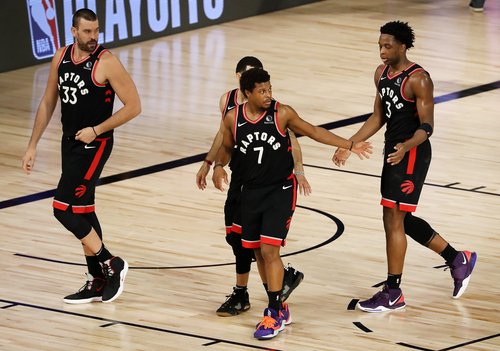 The Toronto Raptors became the third team in NBA history to force a seventh game with a multiple overtime win as they beat the Boston Celtics 125-122 in double overtime. The game was a tight battle throughout. Kyle Lowry led the way for Toronto, with 33 points, eight rebounds, and six assists. Previously the Milwaukee Bucks in 1974 and Chicago Bulls in 2009 forced a seventh game by winning Game 6 in multiple overtimes; both teams lost the ensuing seventh game to Boston.