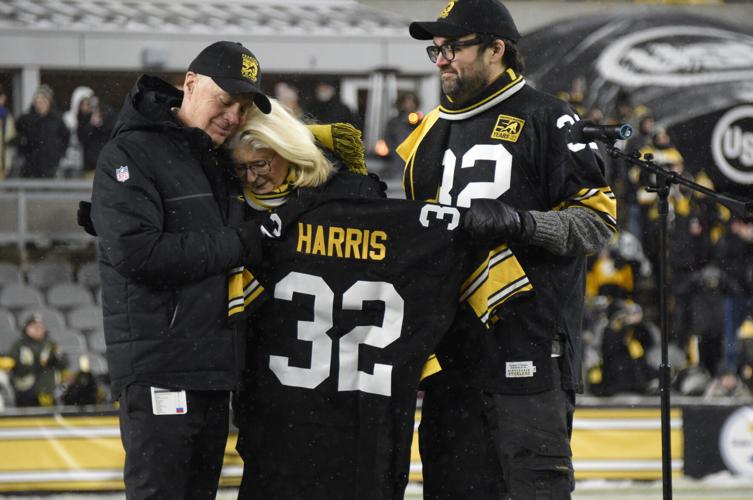 As Week 16 in the NFL season continued, games scheduled in outdoor stadiums experienced frigid temperatures virtually across the country. Saturday night’s showcase game was slated to honor the 50th anniversary of the immaculate reception, which it did, but the real commemoration came in the form of former Steelers running back, Franco Harris.

Harris, who passed away on Wednesday, was honored at half-time as his family were presented his uniform which will now be retired. It was Harris who caught the improbable catch against the Raiders 50 years ago, and last night it was George Pickens who caught to go ahead TD from Kenny Pickett to give Pittsburgh the win, 13-10.

Steelers kicker, Chris Boswell was 2-4 on field goal attempts leaving the hometown crowd down, but not out. In a game that saw both quarterbacks in Pickett, and Derek Carr for the Raiders combine for 4 interceptions, both defenses dominated the cold weather contest.

The win gives the Steelers a chance to make the playoffs at 7-8 overall. They will need help, but ultimately need to win their two remaining games to have a shot at the postseason.