Heart of a Champion 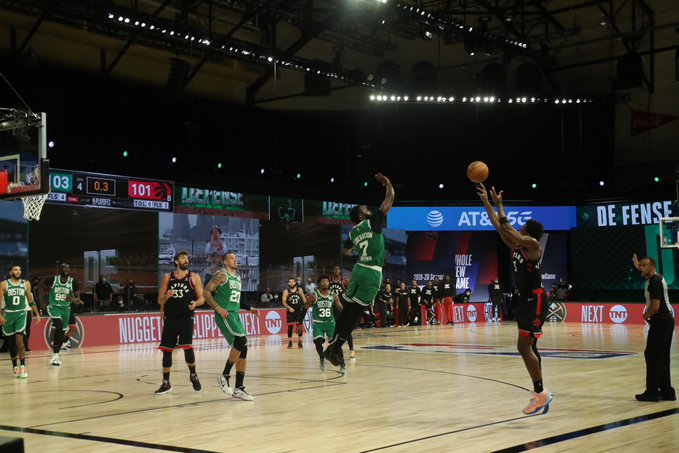 The reigning NBA Champion Toronto Raptors faced the possibility of trailing 3-0 in their second-round series, as they trailed the Boston Celtics 103-101 with .5 seconds left on the clock. After struggling in the first two games of the series, the Raptors put up a much better effort Thursday but trailed with less than a second left after a dunk by Daniel Theis. Boston sent Tacko Fall into guard the inbound play, as Toronto had a catch and shoot to tie or win the game. Kyle Lowry threw the ball over the towering Fall to Og Anuoby, who launched a three-pointer at the buzzer to win the game 104-103, getting back in the series at 2-1.