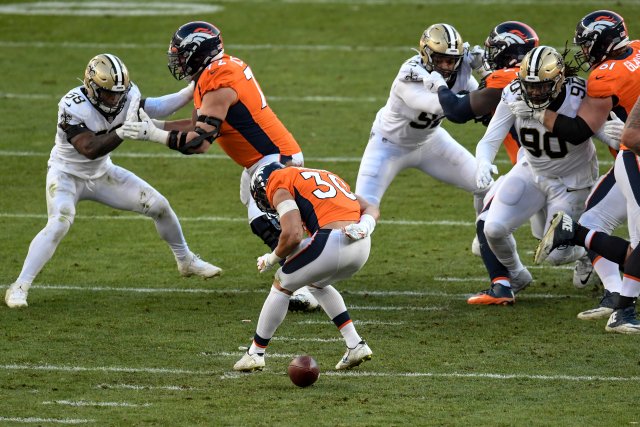 NFL COVID protocols left the Denver Broncos without a quarterback after all four on their roster were unable to play due to a positive test and contact tracing. Kendall Hinton a rookie receiver on the practice squad who played quarterback at Wake Forrest got the start against the New Orleans Saints. The result was as ugly as expected, as the Saints won 31-3, as Hinton completed 1-of-9 passes with two interceptions as the Broncos offense was firing blanks all day.