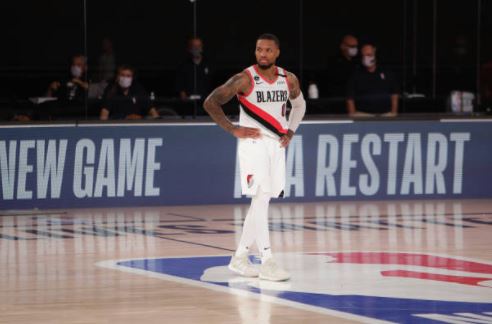 With the NBA eight-game restart coming to an end, there will be a need for a play-in game for the final playoff spot in the Western Conference. That spot will be on the line when the Portland Trail Blazers meet the Memphis Grizzlies on Saturday and Sunday. The Grizzlies need to win both games, while Portland needs to win just one to secure a matchup with the Los Angeles Lakers in the playoffs, which begin on Monday. The Grizzlies struggled early in the bubble but earned their way to the play in with a 119-106 win over the Milwaukee Bucks, squeezing out the Phoenix Suns.  The Trail Blazers meanwhile held off the Brooklyn Nets 134-133. Portland was led by Damian Lillard, who has been the best player in the bubble, scoring 41 points. During the eight-game restart, Lillard has averaged 37.6 points per game.