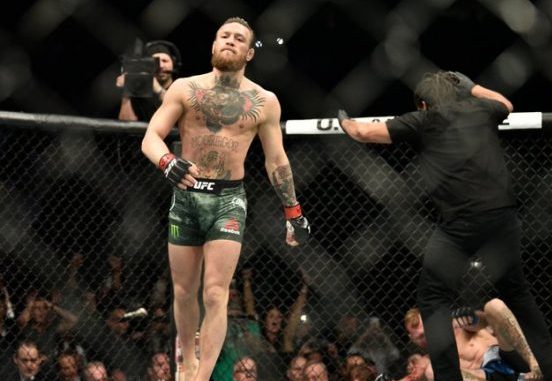 Connor McGregor is back. Fighting for the first time since losing to Khabib Normagomedov in October of 2018, McGregor needed just 40 seconds to dispose of Cowboy Donald Cerrone. The notorious former champion from Ireland had been suspended for six months due to an incident following his last fight and did not fight during 2019. Looking to get back to the top in UFC, Connor McGregor made three million dollars for his fight on Saturday night in Las Vegas. He bloodied Cerrone early using his shoulder to strike during a clench; from there, he floored the Cowboy, leading to the fight being stopped after just 40 seconds.  At 22-4, McGregor is hopeful of regaining the UFC Lightweight title or getting a rematch with Floyd Mayweather Jr.