In A New York Second 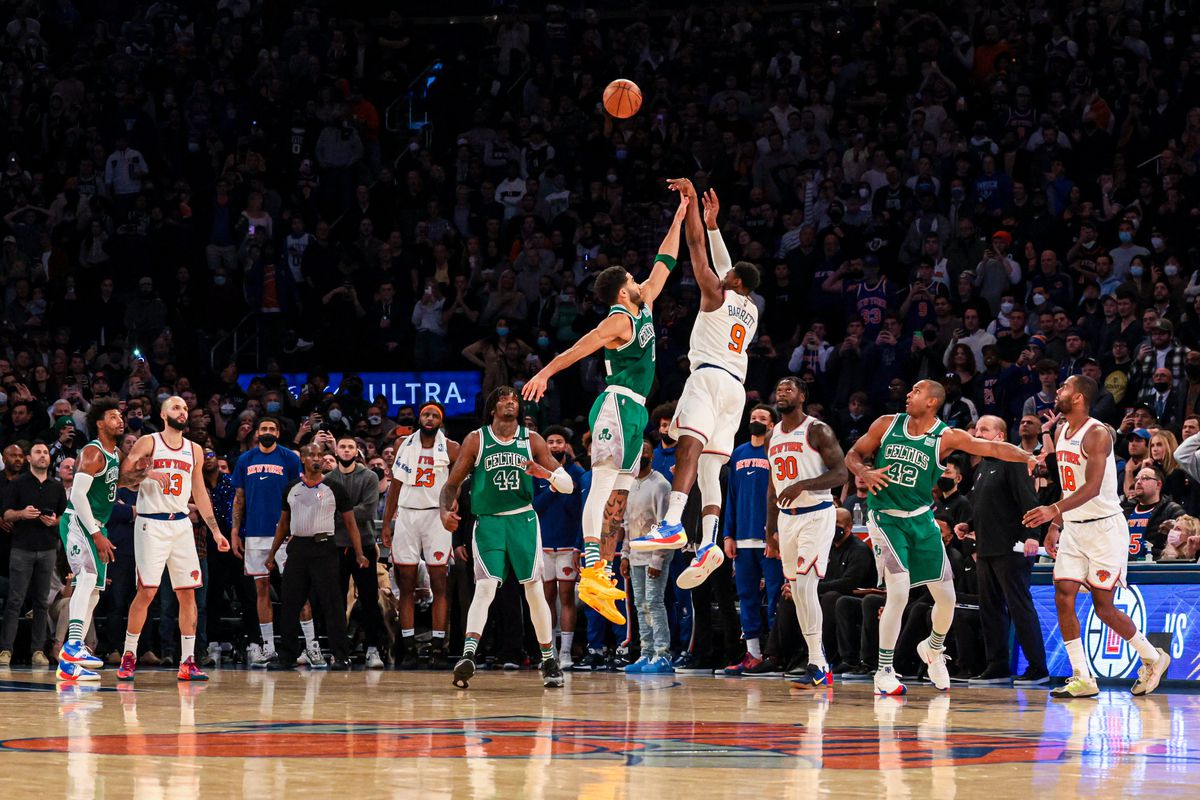 In a heated contest between two Eastern Conference rivals, the Knicks’ R.J. Barrett hit a game winner to cap off a come back victory for the home team.

Boston maintained control of the game throughout as they held a 20-point lead into the third quarter.  However, former Celtic Evan Fournier kept New York in striking distance.  The Frenchman led his team with 41 points, and hit a three with two minutes left to take the lead 99-98. Fournier’s 41 was his career high, and he’s made a bit of a habit of playing well against his former team.

The game came down to the last play, as R.J. Barrett took the final  possession of the game after Jayson Tatum’s made jump shot. Barrett faded away to the right side of the court, creating a fairly decent angle for the lefty out of Duke.  The buzzer beater makes it two wins in a row for the Knicks, who are still below .500.

The competitive nature between both of these teams will only hit another octave as they face-off again on Saturday night in Boston.