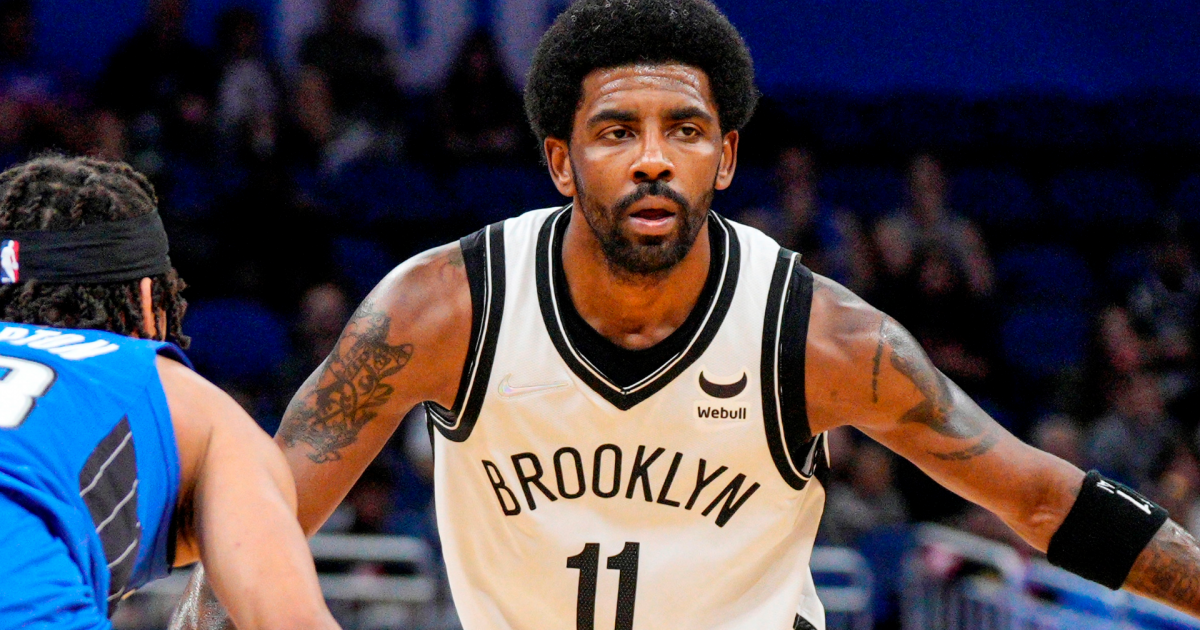 After not being able to play, or step on the floor, yet sit courtside inside the Barclays Center.  Kyrie Irving returned to the Nets lineup on Tuesday night in Orlando.  The mercurial talent was on full display as he had 41 points in the first half for the away team.

Brooklyn blew out the Magic 150-108.  In total the All-Star guard had 60 points, a franchise record high for the Nets.  Irving’s 60 also came without needing to play the majority of the fourth quarter as well.  After teammate Kevin Durant posted a 53 point night on Sunday, the Nets have now won four games straight.

While health and safety protocols remain a question mark for Kyrie Irving, it’s crystal clear, that when he plays Brooklyn is a formidable opponent for anyone in the Eastern Conference.