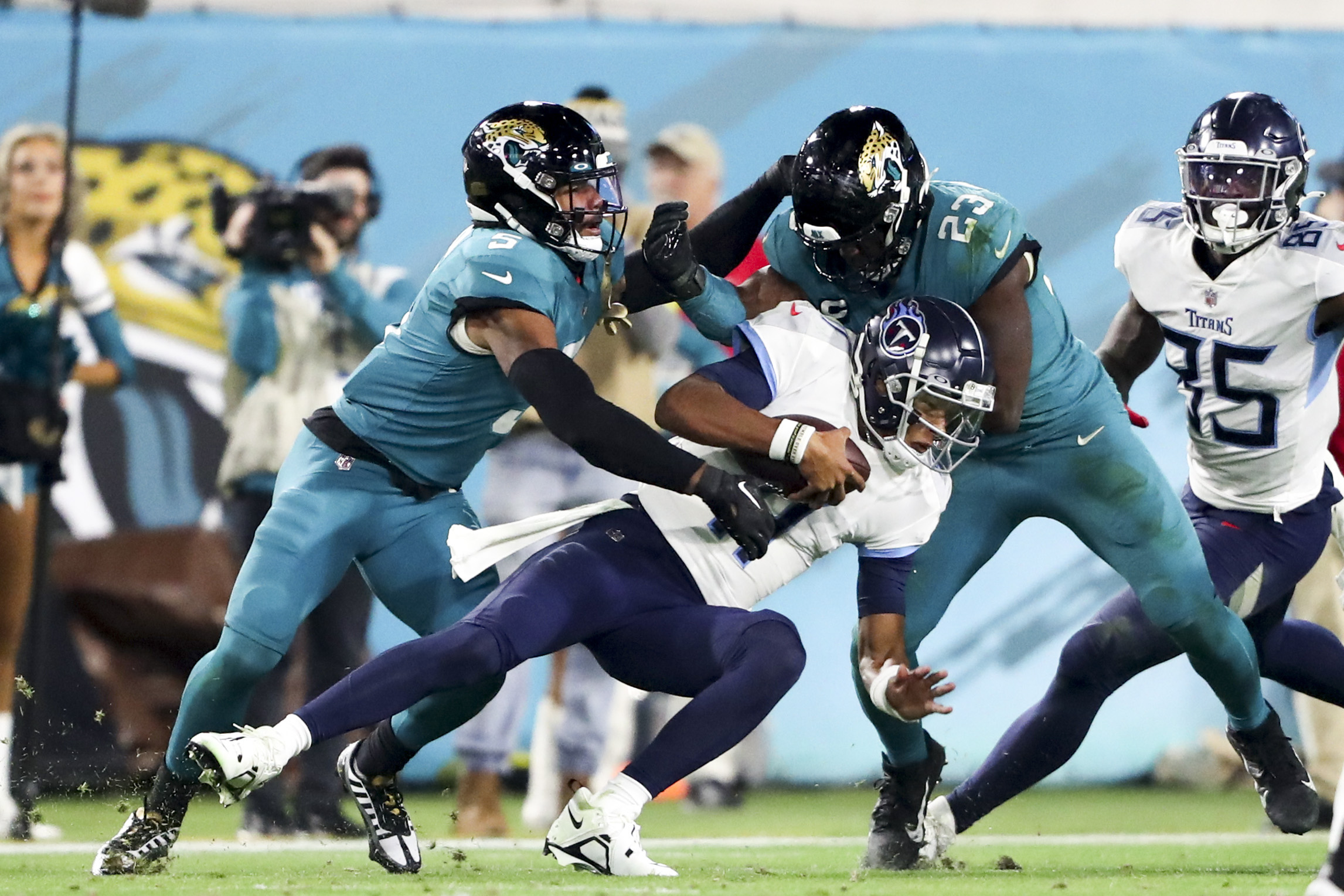 On Saturday night in Duval County, two division rivals played for the right to win the AFC South, and host a playoff game next week.

In what was a hard fought defensive battle, the Jacksonville Jaguars came out on top by a score of 20-16. The Titans  led for the majority of the game, but the biggest play was made by the Jags defense, as Rayshawn Jenkins forced a fumble out of Tennessee’s QB, Josh Dobbs. The fumble was then recovered by Jacksonville’s Josh Allen, and take back for the scoop and score.

The Titans controlled the game, as they had more first downs and time of possession too. Derrick Henry did all he could for his club, but it wasn’t enough as the Titans will not play a postseason game this year.

The Jags now await their opponent for next week, as they return to the playoffs for the first time since 2017.