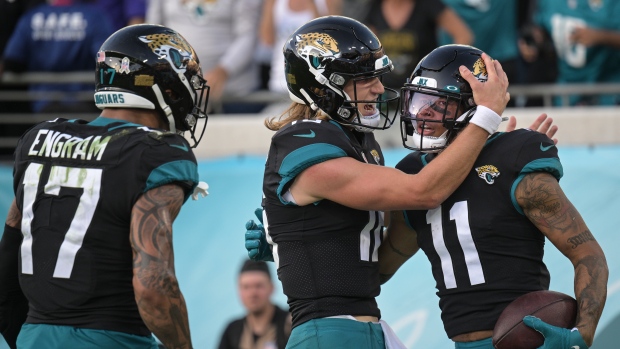 The Jacksonville Jaguars have struggled since their AFC Championship appearance in 2017. For any franchise that’s rebuilding, it starts and ends with the front office, and the quarterback. The verdict is still out on whether or not Trevor Lawrence is the guy for the foreseeable future in Jacksonville, but yesterday was unequivocally the biggest win of his career.

The Jags completed their first 4th quarter comeback down by 7 or more points for the first time in the organization’s history, they were 0-183 before yesterday. The aforementioned Lawrence led his team on a game-winning drive in the waning stages of the contest. Connecting with Marvin Jones Jr, for a TD, and Zay Jones on a 2. pt. conversion, the Jags narrowly won the game 28-27.

The Ravens had an opportunity to win the game, but Pro Bowler Justin Tucker missed a 67 yard field goal as time expired. Baltimore has lost multiple games this season while holding a double digit lead at some point in the game. At 7-4, they’re not tied for 1st place with the Bengals within the AFC North. As for the Jags, the playoffs will be a longshot, but this game could be a turning point for the franchise.