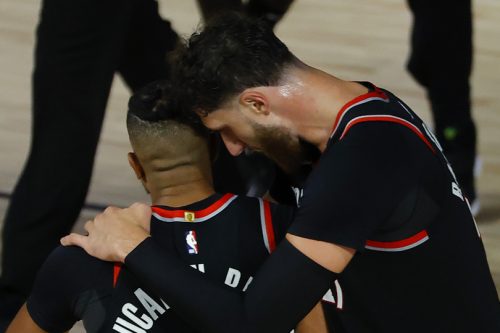 It was an emotional day for Jusuf Nukic as his grandmother died from the coronavirus early in the morning. In the NBA bubble, Nurkic had a big game as his Portland Trail Blazers faced the Memphis Grizzlies with the final playoff spot on the line. The Blazers had a margin for error needing one win, while Memphis needed two. After a strong start by Portland, the Grizzlies grabbed the lead in the third quarter as Ja Morant was the game’s leading scorer with 35 points. With the game on the line, it was Nurkic who took over as the Blazers won 126-122. Jusuf Nurkoc finished the game with 22 points and 21 rebounds. Nurkic has not decided whether or not to go to his grandmother’s funeral in Bosnia. If he does, he will likely miss Portland’s first-round series with the Los Angeles Lakers.