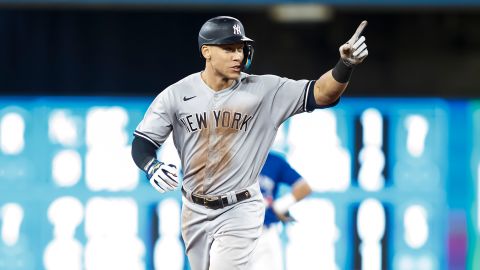 On Wednesday night, after clinching the American League East division, Aaron Judge of the Yankees made history as he became the 5th player in MLB history to reach 61 home runs.

The long ball ties New York legend, Roger Maris’ mark of 61, which is an AL record now shared by Judge. The Yankee slugger is also in the running for the triple crown as he’s batting .313 with 130 RBI. He and the Yankees have a day off on Thursday before they begin a 3 game home stand with division rival, the Orioles.

While Baltimore has a chance at a Wild Card spot, the Yankees will be looking at their 7 remaining games as an opportunity for Judge to get to 62 home runs, and continue to making history.