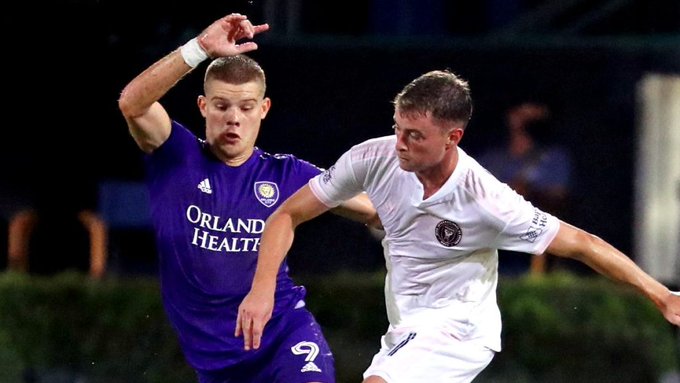 Major League Soccer became the first league to return to action on Wednesday as Inter Miami CF took on Orlando City in the first game of the MLS Welcome Back Tournament at Disney’s Wide World of Sports without fans. Orlando rallied from a 1-0 to the expansion team Miami 2-1, with Nani scoring the game-winner during stoppage time. Miami had come out of the half, scoring the game’s first goal from Juan Agudelo in the 47th minute. There was an extensive amount of stoppage time as Andre Reyes of Miami was taken off the field on a stretcher after a collision with Orlando’s Don Dwyer. There have been some missteps in the MLS restart as players are in a bubble in Orlando, FC Dallas was forced to pull out after several players tested positive. Nashville SC, another expansion team, has also had players testing positive, which could force them out of the restart tournament, which will count toward the regular-season standings. The MLS had begun their season with most teams playing two games before the COVID 19 pandemic shut the sporting world down in March.