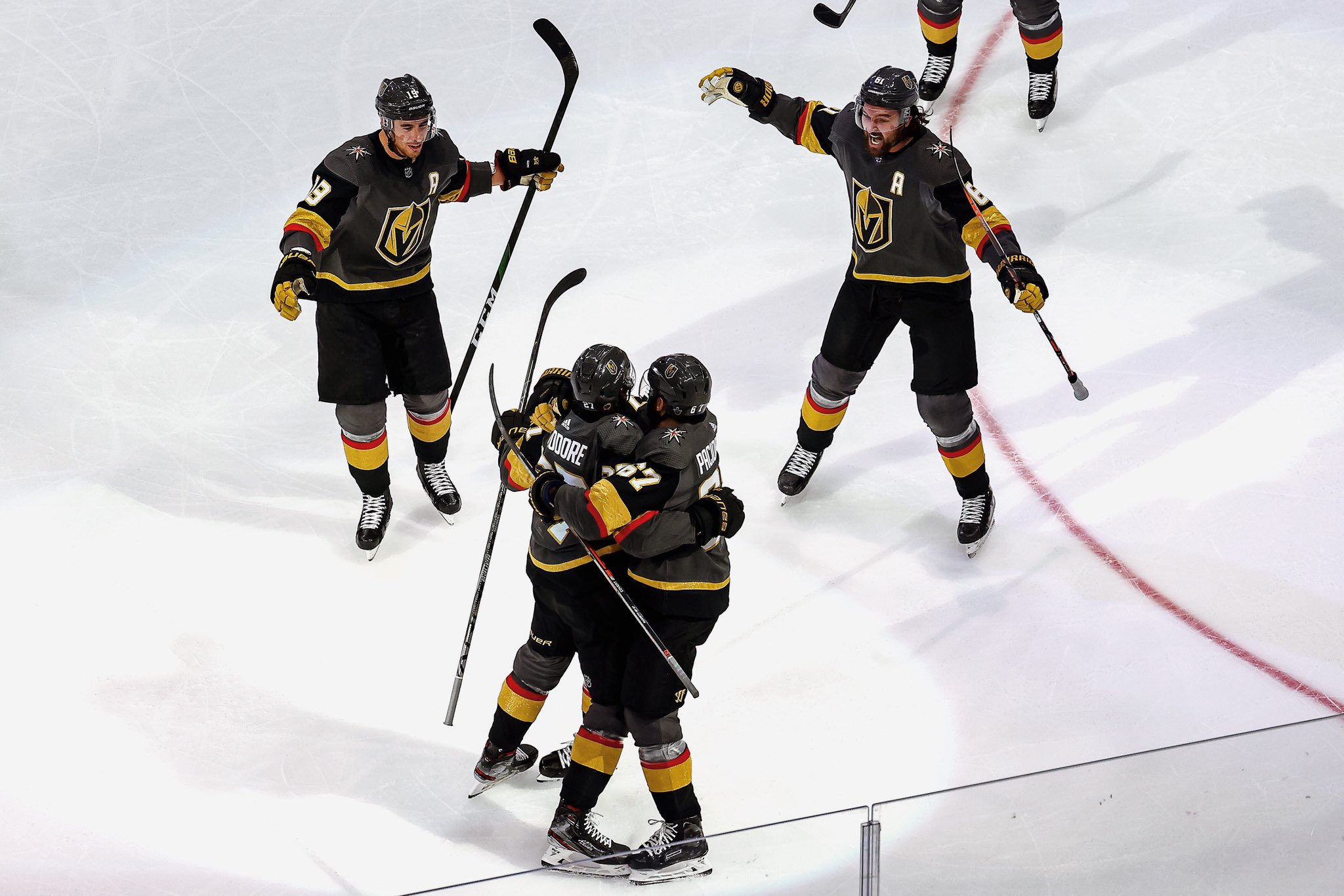 The Western Conference Finals in the Stanley Cup Playoffs are set after a pair of Game 7s on Friday. Both seventh games were needed after teams let a 3-1 lead slip away. In each case, the team that held the 3-1 lead won. The Dallas Stars reached the Western Conference Finals with a 5-4 win in overtime against the Colorado Avalanche. It was a back and forth game with Colorado grabbing a one-goal lead on three occasions, including 3:40 left in the third period. Ten seconds later, Joel Kiviranta tied the game in the wildest sequence of the day in Edmonton. Kiviranta would complete the hat trick in overtime, giving Dallas the win. The Vegas Golden Knights reached the conference finals with a 3-0 win over the Vancouver Canucks. Vancouver once again was kept in the game with the goaltending of Thatcher Demko, as the game was scoreless into the third period when Shea Theodore scored on the power play with just over six minutes left in regulation. Vegas added a pair of empty-net goals to win 3-0 as the Canucks managed only 14 shots on Robin Lehner.