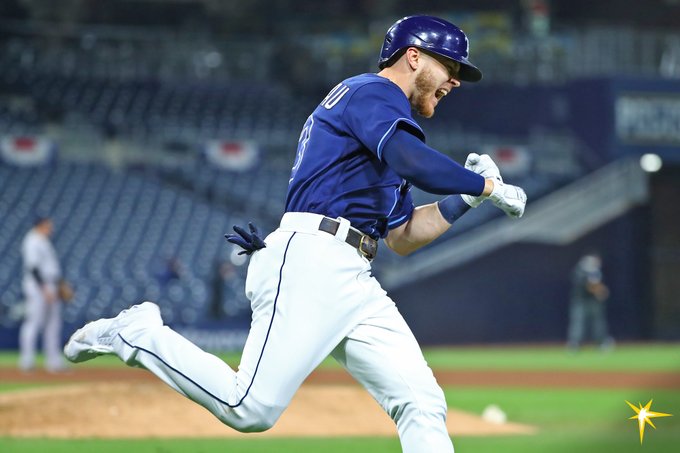 The Tampa Bay Rays are moving on to the ALCS after beating the New York Yankees 2-1 in Game 5 of the ALDS at Petco Park in San Diego. The fifth and deciding game was an intense pitchers’ duel with just three hits apiece. The Yankees took an early 1-0 lead on an Aaron Judge home run, while Austin Meadows tied it with a home run in the fifth. In the eighth inning Mike Brosseau hit the deciding home run off Aroldis Chapman, a pitcher he had a bench-clearing incident with during the regular season.