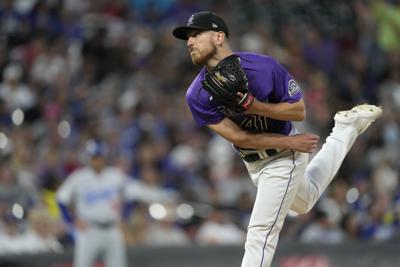 On Monday night the Dodgers continued their road trip traveling from Atlanta to Colorado. The Rockies, having just watched their counterparts that play in Ball Arena lift the Stanley Cup may have picked up on some of the Avalanche’s mojo, as they shutout L.A. 4-0 in the game.

Chad Kuhl went the distance, only giving up 3 hits to the powerhouse that is the Dodgers lineup. José Iglesias connected on a two run homer which ended up being all the run support Kuhl would need. Kris Bryant also returned from injury to bolster the Rockie lineup.

The second game of the series will continue tonight as the Dodgers look to right the ship on the road. It will be Clayton Kershaw vs. Kyle Freeland.