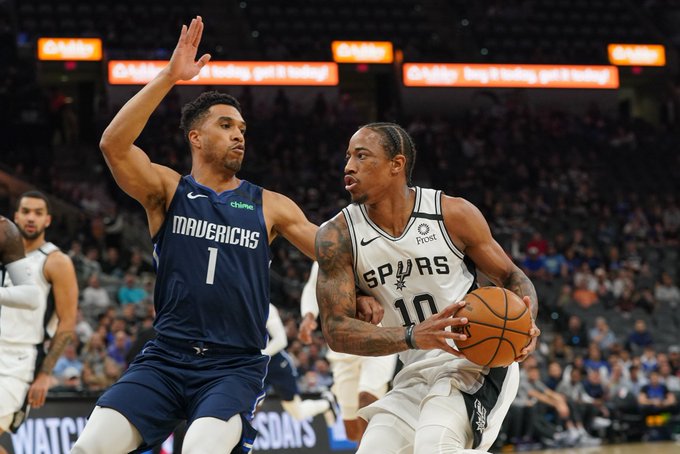 The San Antonio Spurs are in danger of missing the playoffs for the first time since 1997. Their 22-year streak is the longest active streak in the NBA. Over that period, they have appeared in the NBA Finals six times, winning five championships. With the core of those title teams now all gone, the Spurs may be facing a rebuild for coach Gregg Popovich. Though with pedigree, it would not be surprising if they had one last run in them. On Tuesday, they beat the Dallas Mavericks 119-109. With the win, the Spurs improved to 27-36, but trail the Memphis Grizzlies by four games for the last spot in the playoffs with 19 games remaining.