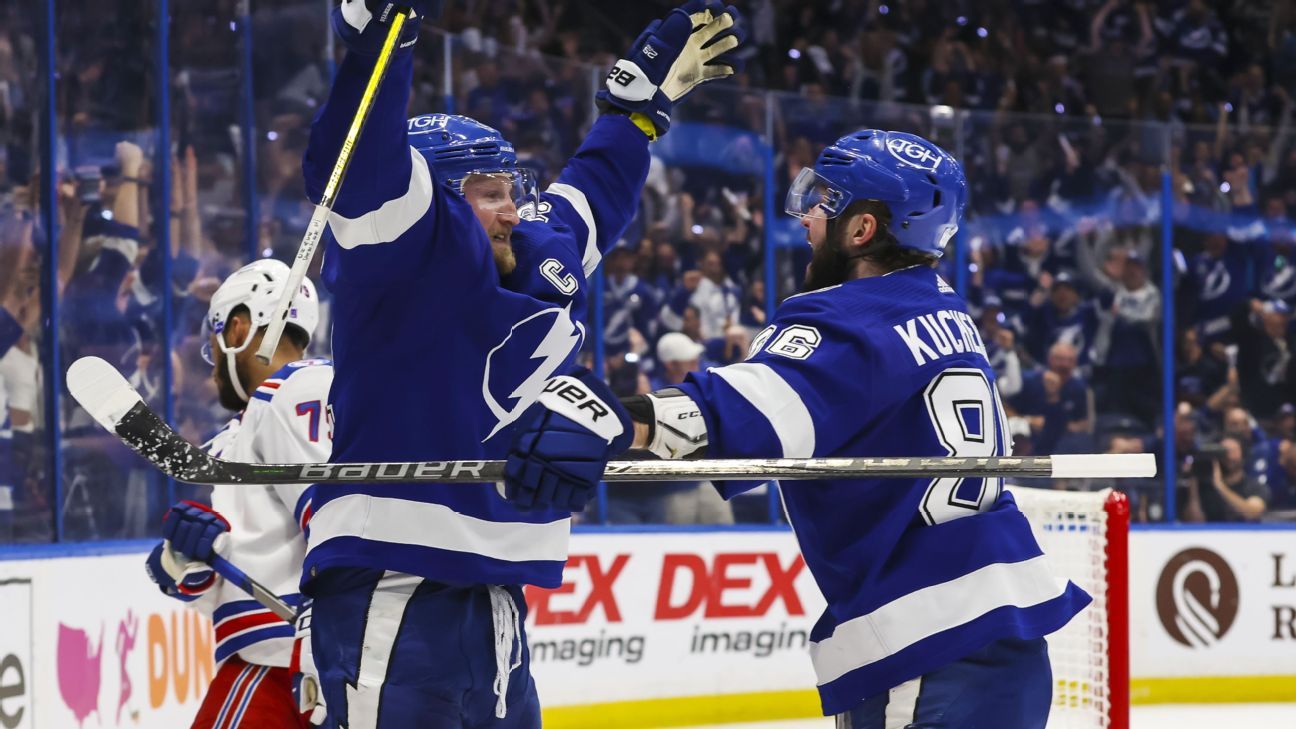 On Saturday night the Eastern Conference Final continued with an elimination game in Tampa Bay.  After losing three straight games, the Rangers had to win to force a Game 7 at the Garden.

In a low scoring contest, the Rangers offense struggled to make Andrei Vasilevskiy work, and Steven Stamkos let the lamp twice to close out the series in six Games.

New York’s hobbled lineup included Ryan Strome who missed games earlier in the series, but the Rangers couldn’t find a way through the back to back defending Stanley Cup Champs.

Tampa Bay now looks to three-peat, but will have to do so against a formidable opponent in the Colorado Avalanche.  Game 1 of the Stanley Cup Final is Wednesday night in Colorado.