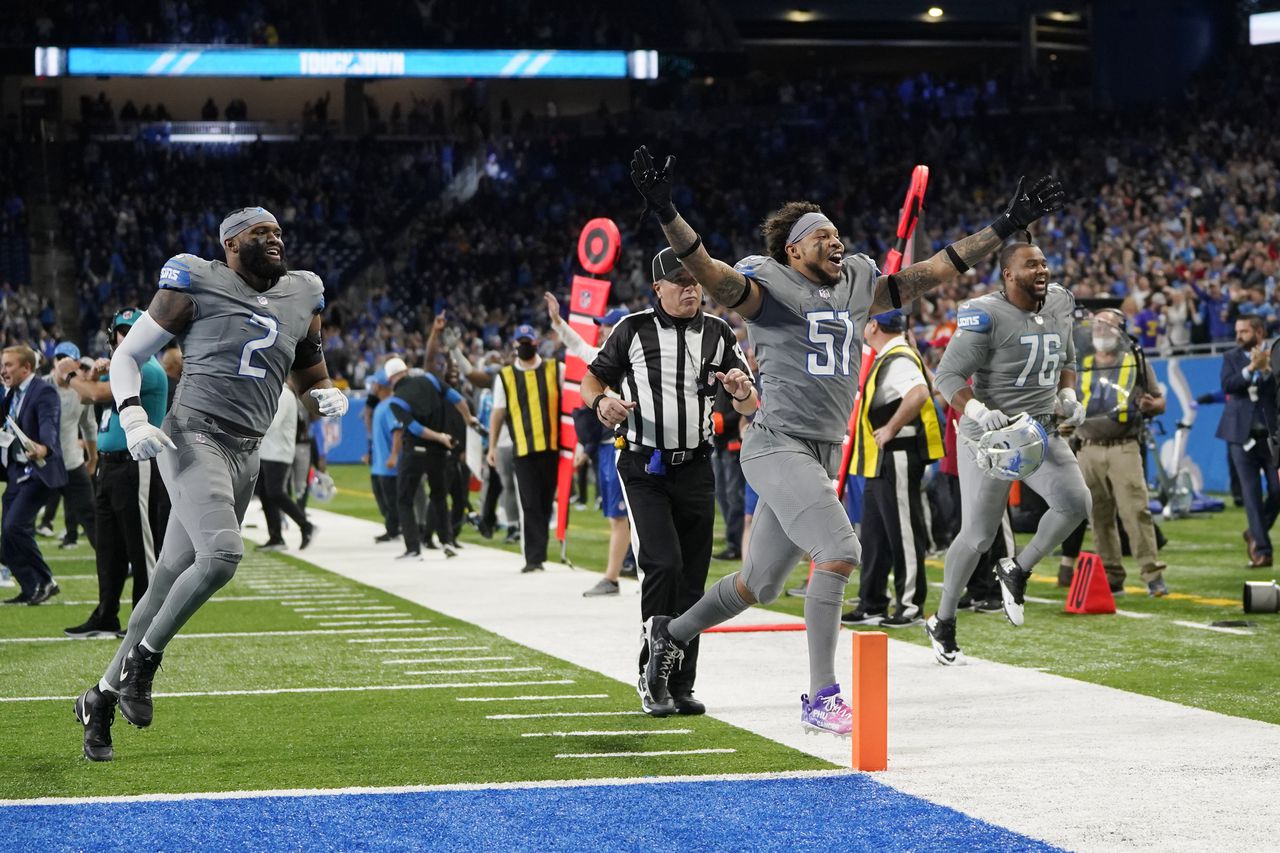 After 364 days, the Lions have a win.  They’ve come close multiple times this season, but finally Detroit was able to overcome their winless hurdle, and put a W in the win column.

Jared Goff completed an 11 yard touchdown pass to Amon-Ra St. Brown as time expired to take the lead, and the game for Detroit.  The flow of the game was nothing new to Lions fans as they had a lead late in the 4th quarter, and have found ways to squander their chances over and over.  The Vikings looked like they might edge out the victory, but fate saw otherwise.

Minnesota is now 5-7, and the loss severely damages their playoff chances. It’s Detroit’s day though, as the franchise, and fans deserve this moment to celebrate a win.