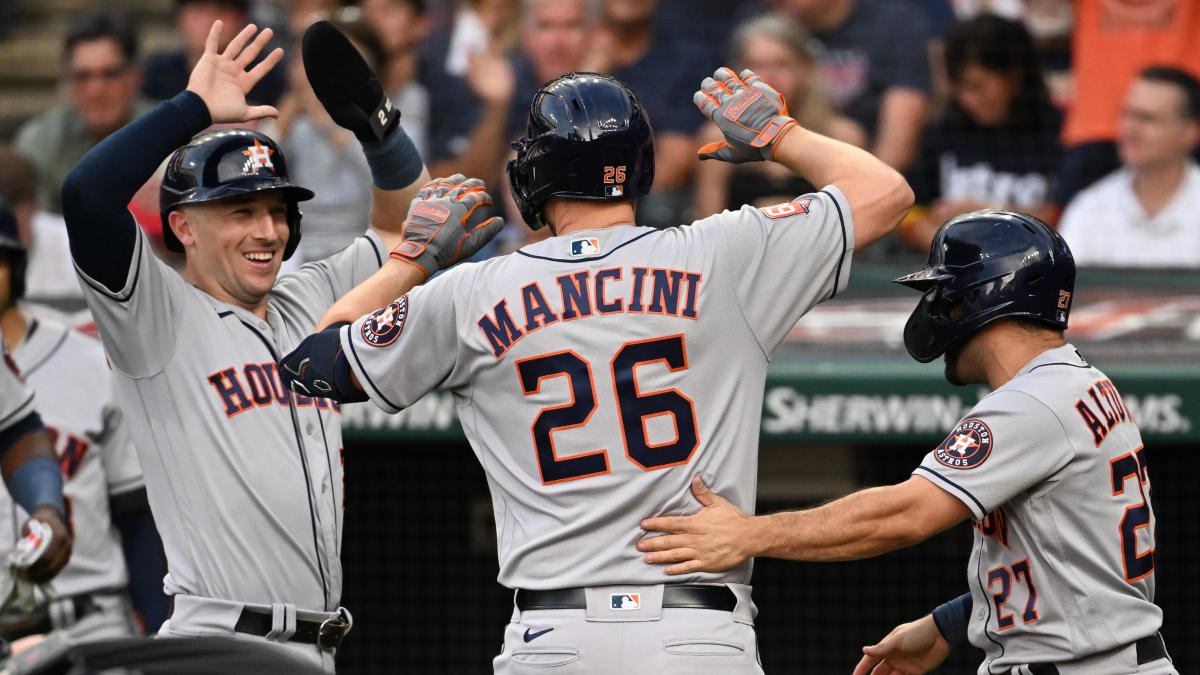 On Friday the 1st place Astros continued to display why they’ll be in the mix to appear in another ALCS this season. Recently acquired Trey Mancini has stepped into the lineup and provided the fire power they’d hoped. Mancini hit two homers, including his first grand slam of his career.

Yordan Alvarez knocked in his 73rd RBI, and Framber Valdez gave a solid performance in 6.1 innings pitches, and is now 10-4 on the year after recording another win. The 9-3 victory is now Houston’s 3rd in a row as they continue to march on to the Fall. As for Cleveland, they’re up and down season has mirrored most of the AL Central teams. Similar to Chicago, they remain close to .500 at 54-52, but are only two games behind the first place Twins.

The third game of the series will continue on Saturday as Luis Garcia is set to start for Houston, and Cal Quantrill will take the ball for the Guardians.