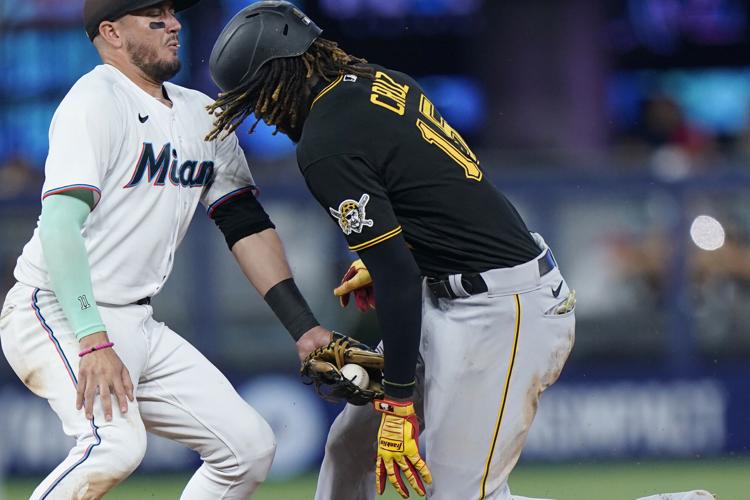 A day game on Thursday saw the Pirates play the Marlins at LoanDepot Park. Having lost the first two of four in the series, Miami was looking to win the culminating game and split the series.

It took 11 innings, but behind Brian Anderson’ 2-run triple in extra innings the Marlins won 3-2. Marlins third baseman Joey Wendle had two hits and an RBI for the home team. For the Pirates, shortstop Oneil Cruz continued to dazzle with his talent as he was clocked throwing to first base at 97mph.

However, he made headlines on the day for a teeth breaking incidental collision with Miguel Rojas at second base. Rojas was promptly taken out of the game as cameras caught his teeth exploding during the coming together.

The Marlins are now 43-45 as they begin a series with division rival, the Phillies. They’ll play Friday, giving the ball to ace pitcher Sandy Alcantara.