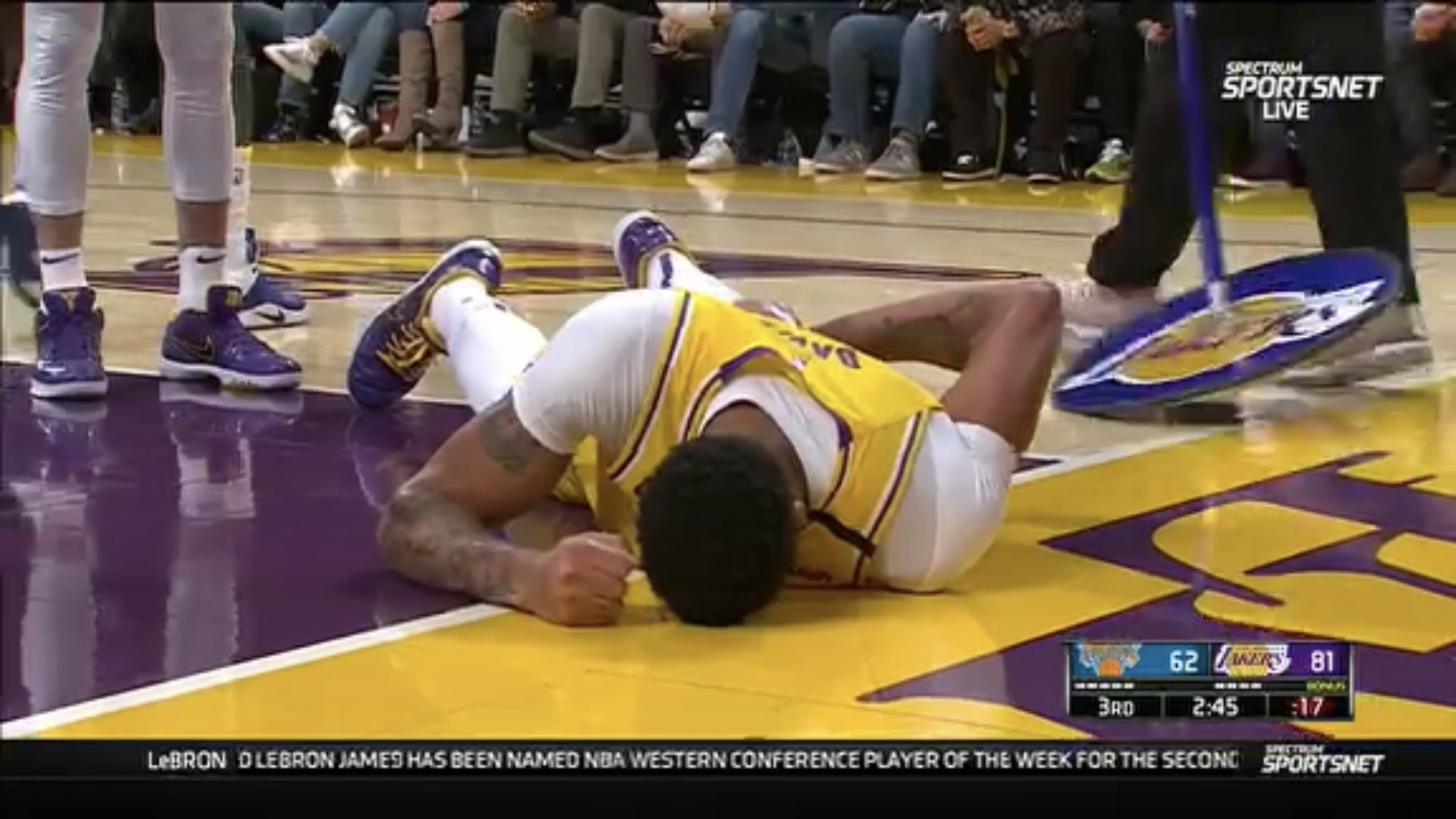 It was quite a day for Los Angeles Lakers star Anthony Davis on Tuesday. Earlier in the day, Davis turned down a four-year, $146 million max extension from the Lakers, choosing to remain an unrestricted free agent when the season is over. Anthony Davis was acquired from the New Orleans Pelicans in the off-season and has been largely responsible for the Lakers’ resurgence as they hold the best record in the Western Conference. A few hours later, Davis and the Lakers were both given quite the scare as the power forward came down awkwardly on his back and laid on the court for several minutes. The Lakers would go on to beat the lowly New York Knicks easily 117-87, improving to 30-7 on the season. After the game, the focus was on Anthony Davis, who was diagnosed with a contusion as x-rays on his back came back negative. Davis will at least miss the Lakers’ next two games as he was sore and will require further evaluation.