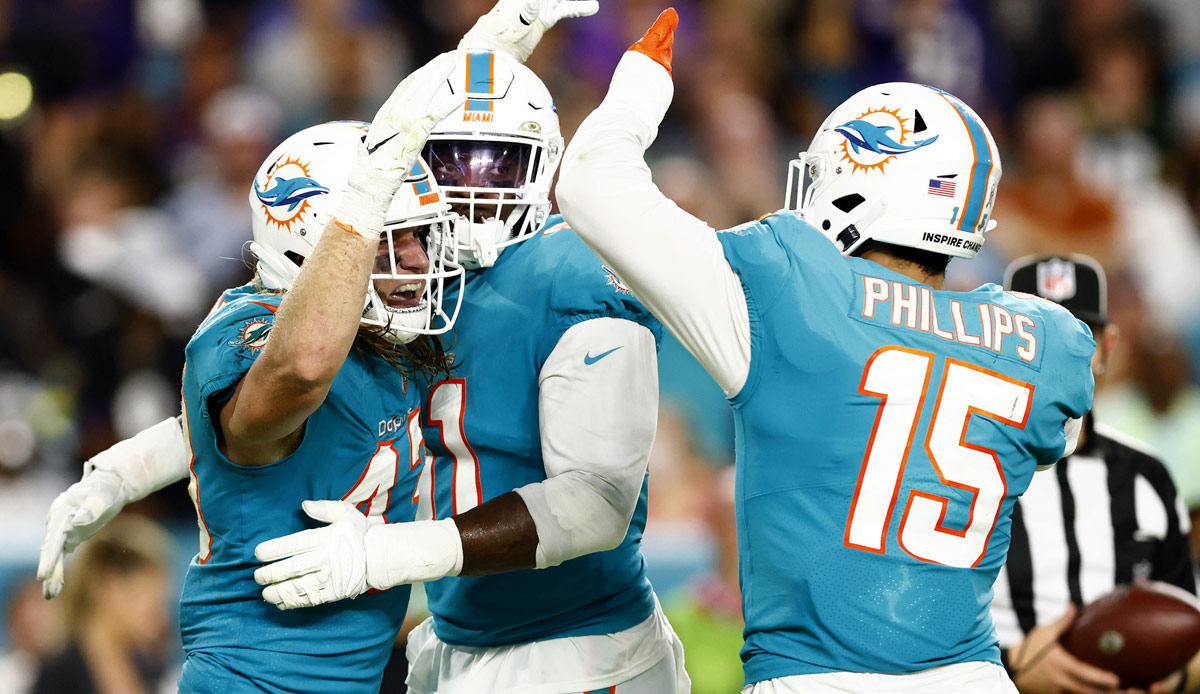 In a game that saw two AFC teams on opposite ends of the conference standings, it was Miami that came out with their 2nd straight victory beating Baltimore 22-10.  The Ravens came into Thursday night at 6-2, one game off of AFC leaders, the Tennessee Titans.

Miami’s defense came up big, particularly in the first half as they held Lamar Jackson on all third down attempts.  Due to an injury to starting quarterback Jacoby Bressett, Tua Tagovailoa entered the game in the third quarter, providing a steady hand, rushing for one touchdown.

Xavien Howard’s scoop and score may have been the play of the night for Miami which pushed the score to 15-3.  Miami now moves to 3-7 on the season, and will assume they’re in the midst of a mid-season playoff run.

Baltimore has some soul searching to do, but are still leading the AFC North at 6-3.