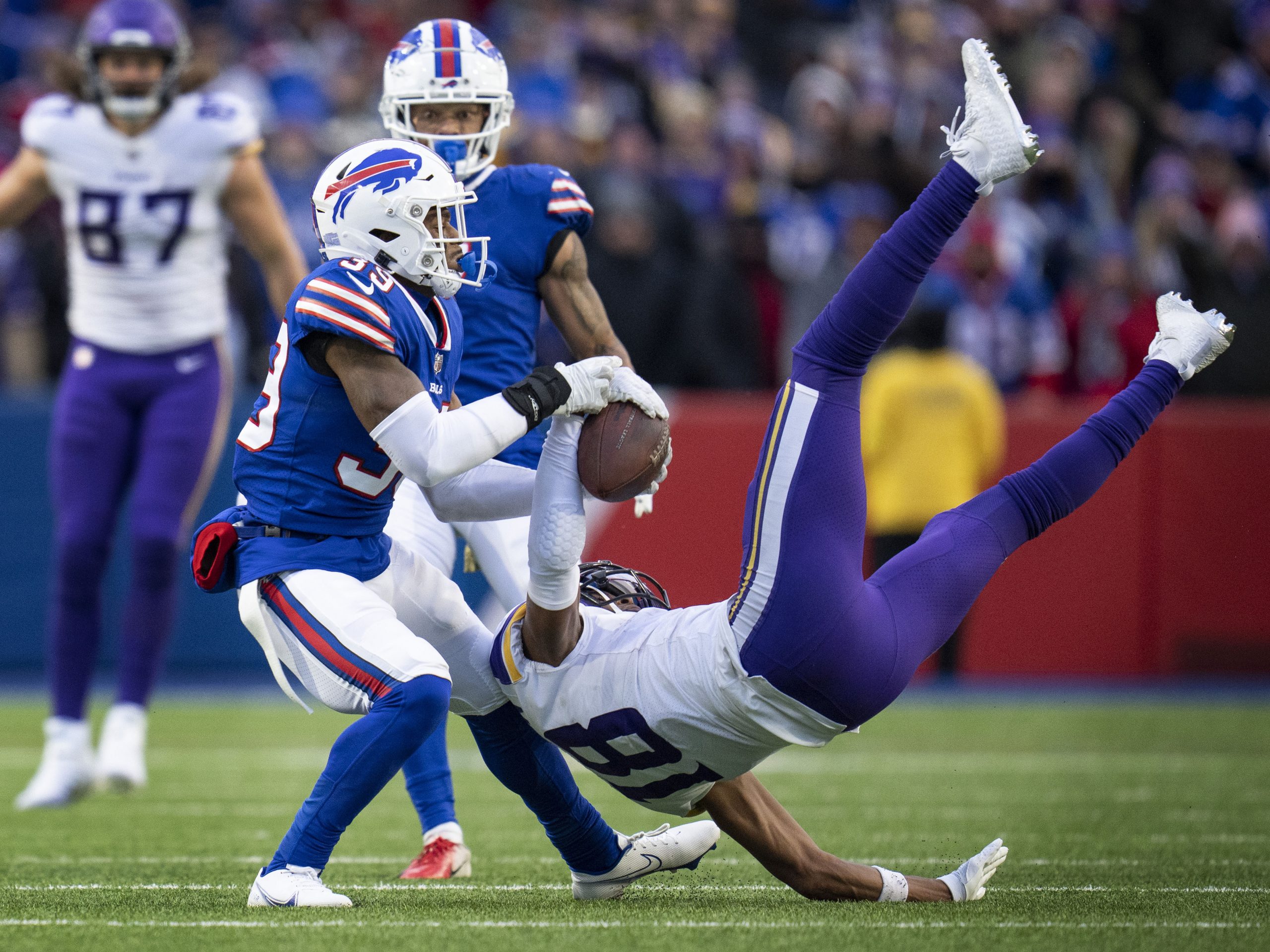 On Sunday in Western, New York the 7-1 Minnesota Vikings came to Buffalo, and won what may be the game of the 2022-2023 regular season. In what was an unmatched game with multiple unbelievable plays made by both teams, the Vikings beat the Bills 33-30 in overtime.

Minnesota’s primary plays were made by their two All-Pro players in Justin Jefferson, who converted a truly all-time one handed 4th down catch late in the 4th quarter. As well as running back Dalvin Cook, who rushed for 119 yards, including an 81 yard touchdown run.

The Bills defense bent, but didn’t break for the majority of the game, including stopping Kirk Cousins on 4th and 1 and virtually sealing the game. However, Josh Allen would go on to lose the ensuing snap, which culminated in the Vikings scoring an improbably touchdown to take the lead in the the 4th quarter.

Into the overtime portion, Josh Allen threw his 2nd interception, both of which ending up in the hands of Patrick Peterson. The Bills now fall to 6-3, as their season full of hope and potential has taken a downward turn. As for the Vikings, at 8-1 they’re the 2nd overall seed within the NFC, and surely will be a difficult out in the playoffs.