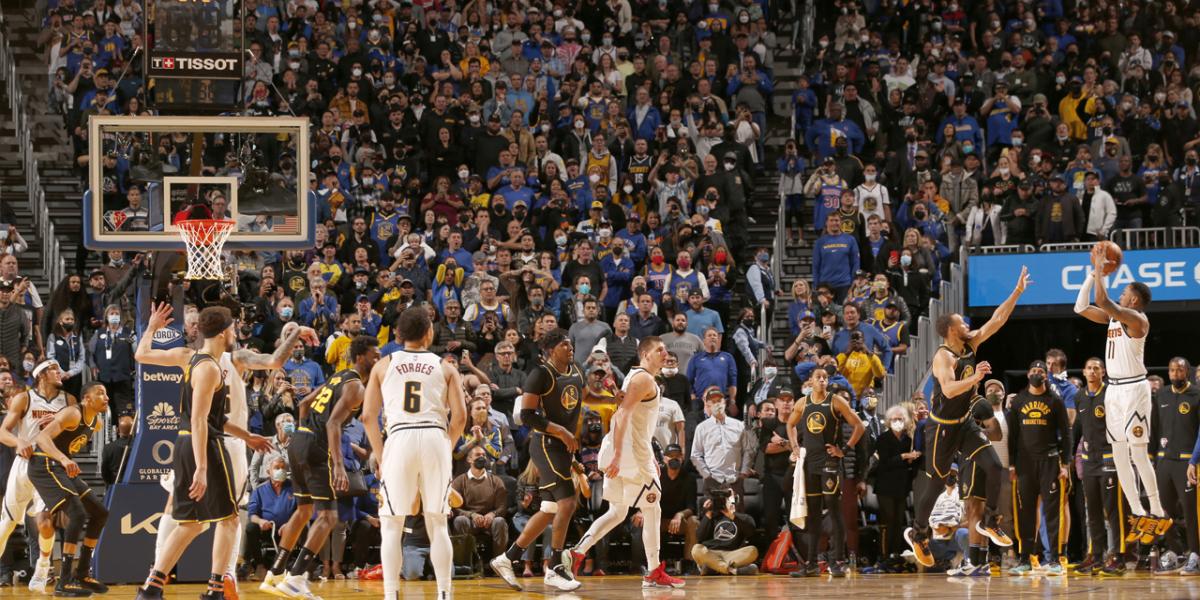 On Wednesday night the Nuggets traveled to Oakland with hopes of heading into the All-Star break on a high.  Guard, Monte Morris gave Denver what they desired as he hit a buzzer beating 3-pointer to ice the Warriors, 117-116.

The reigning league MVP, Nikola Jokic carried the load for the road team with 35 points and 17 rebounds.  Denver will only go as far as their role players take them though, and last night Morris stepped up after returning to the lineup with a concussion.  The loss is Golden State’s 4th in 5 games, and while they remain in 2nd place overall in the West, head coach Steve Kerr will find their recent form troublesome.

As for the Nuggets, it’s their 3rd straight win as they head into the mid-season break. They hope star guard Jamal Murray’s eventual return will also breath new life into the Mile High Club.