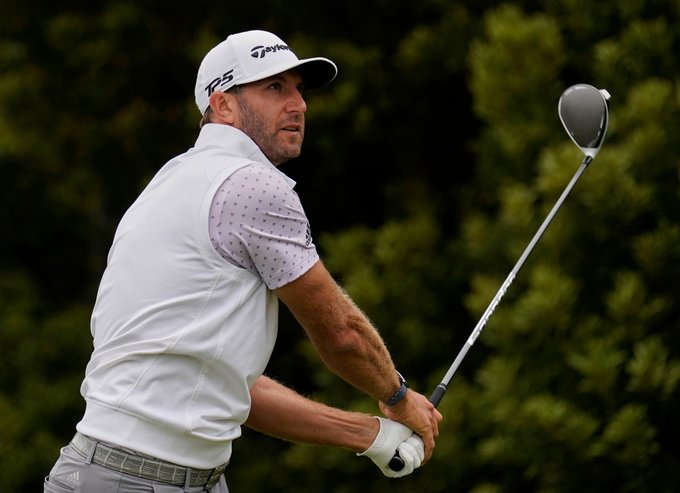 It is the first major Sunday of the year, and the PGA Championship is set up for a fantastic finish at the public course in Harding Park in San Francisco. On Saturday, with a five-under-par 65, Dustin Johnson moved to the top of the leaderboard at -9. Scottie Scheffler also shot a 65 and sits one-stroke back at -8. Cameron Champ is also at eight-under. Two-time defending champion Brooks Koepka is among three golfers that are two back at -7, while Bryson DeChambeau the best golfer since the restart of the season is in a group of six golfers at -6 that are within three shots of the lead of a crowded field heading into the final round.