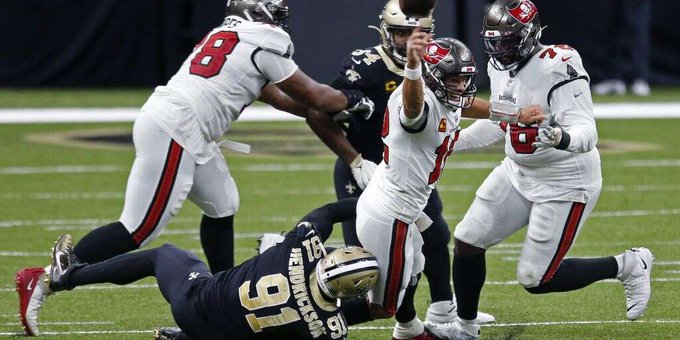 The first NFL Sunday among the strange day of 2020 saw many familiar faces in new places, led by Tom Brady, who made his debut with the Tampa Bay Buccaneers. The 43-year-old future Hall of Famer was outplayed by another 40-plus legend as Drew Brees led the New Orleans Saints to a 34-23 victory in the empty Superdome. Brady threw two interceptions, including one returned for a touchdown. Meanwhile, the New England Patriots, Tom Brady’s old team with Cam Newton under center, beat the Miami Dolphins 21-11, as Newton had two rushing touchdowns.