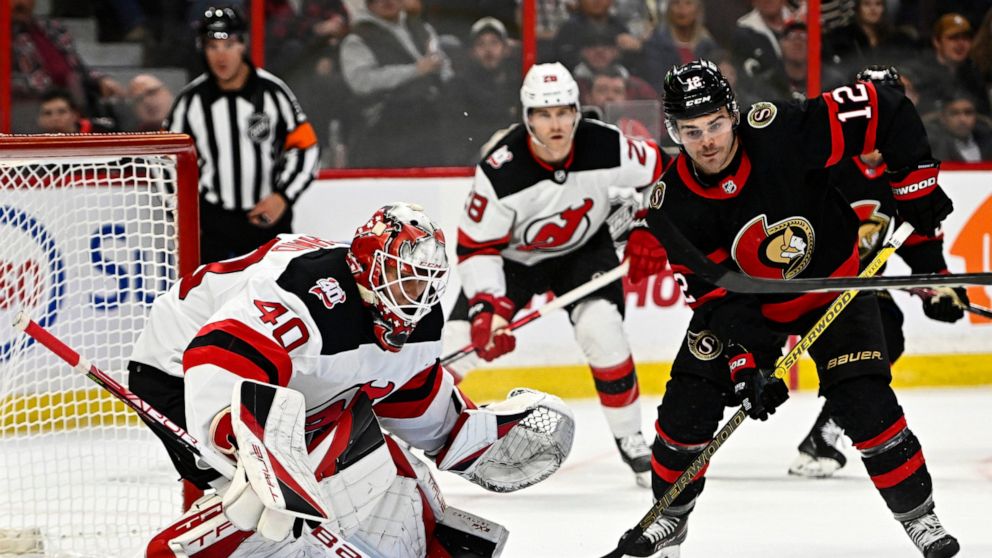 On Saturday in Ottawa, the New Jersey Devils extended their win streak to 12 games beating the Senators 5-1. Akira Schmid provided a steady presence in goal as he had 25 saves for the away team.

At 15-3 overall, New Jersey is now only one win away from matching their franchise record of 13 consecutive wins which was completed in 2001. The Devils win vs Ottawa was never really in question as they took an early 3-0 lead through the second period. Five different Devils lit the lamp for the Metropolitan Division club.

The Senators struggles continue as they’re now in last place within the Atlantic Division, some sections of restless fans could be heard boo’ing as the game came to a close. New Jersey will now host the Edmonton Oilers on Monday for a chance to tie franchise history.