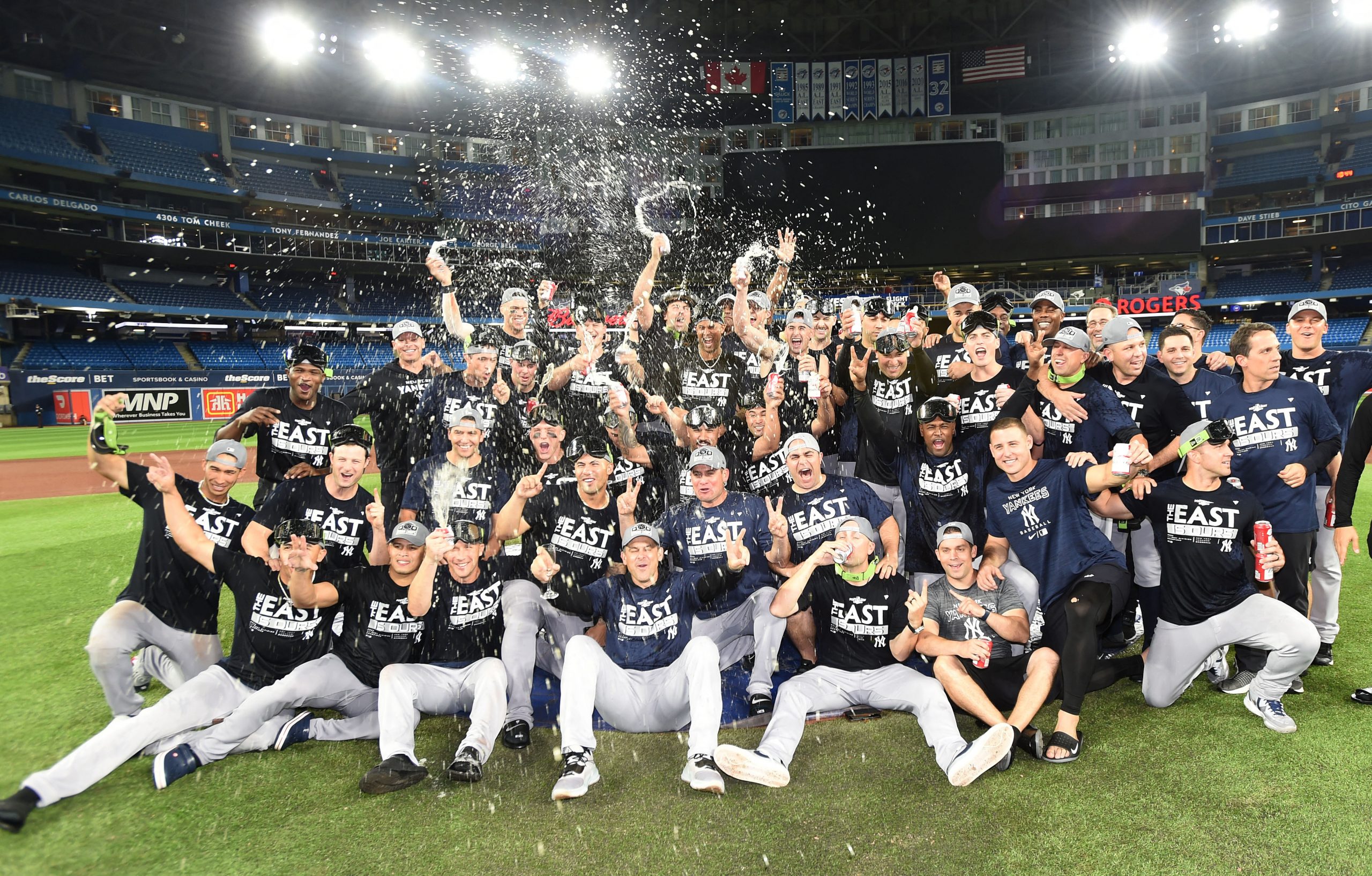 On Tuesday night in Toronto the Yankee’s clinched the AL East for the first time since 2019, and their 20th in their franchise history.

While still in the hunt for a Wild Card spot, the Blue Jays succumbed to New York’s long division lead which they managed to hold virtually for the entirety of the season.

New York’s Gleyber Torres had three hits on the night, but Aaron Judge does remain at 60 homers on the season. While the Yankee slugger walked four times, and scored twice, he has only 8 games left in the regular season to get to the magical number of 61.

While the Yankees will feel the rubber game of this season on Wednesday night may not be of much importance, it will be a critical game for Toronto to stave off the Rays in the hunt for the postseason.