Nimmo Nabs One For New York 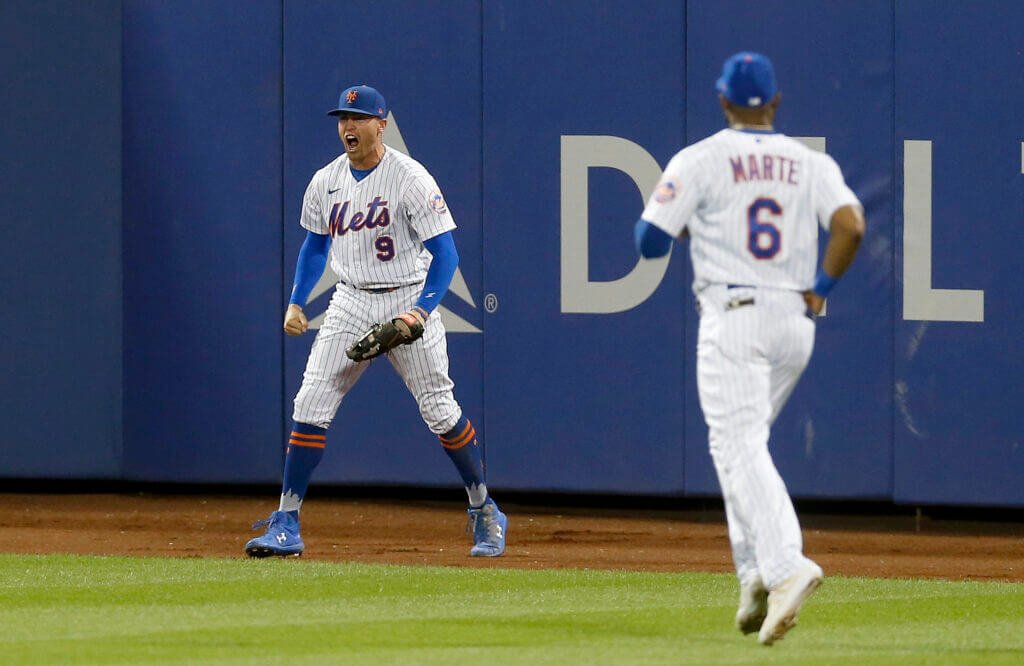 On Wednesday night two of the top teams in the National League continued their series at Citi Field. In what was a pitcher’s dual for the entirety of the contest, outfielder Brandon Nimmo made the play of the game.

Justin Turner gave a Jacob deGrom pitch a ride to centerfield, and that’s when Nimmo made a miraculous catch to bring the ball back from over the fence, effectively saving a home run. Starling Marte supplied a 2-run home run, which was just enough to edge the first place Dodgers, 2-1.

The aforementioned deGrom provided New York another stellar performance as the series is split at 1-1, for now. Clayton Kershaw will take the bump for LA as Chris Bassitt will battle for New York in a matinee game, Thursday in New York.