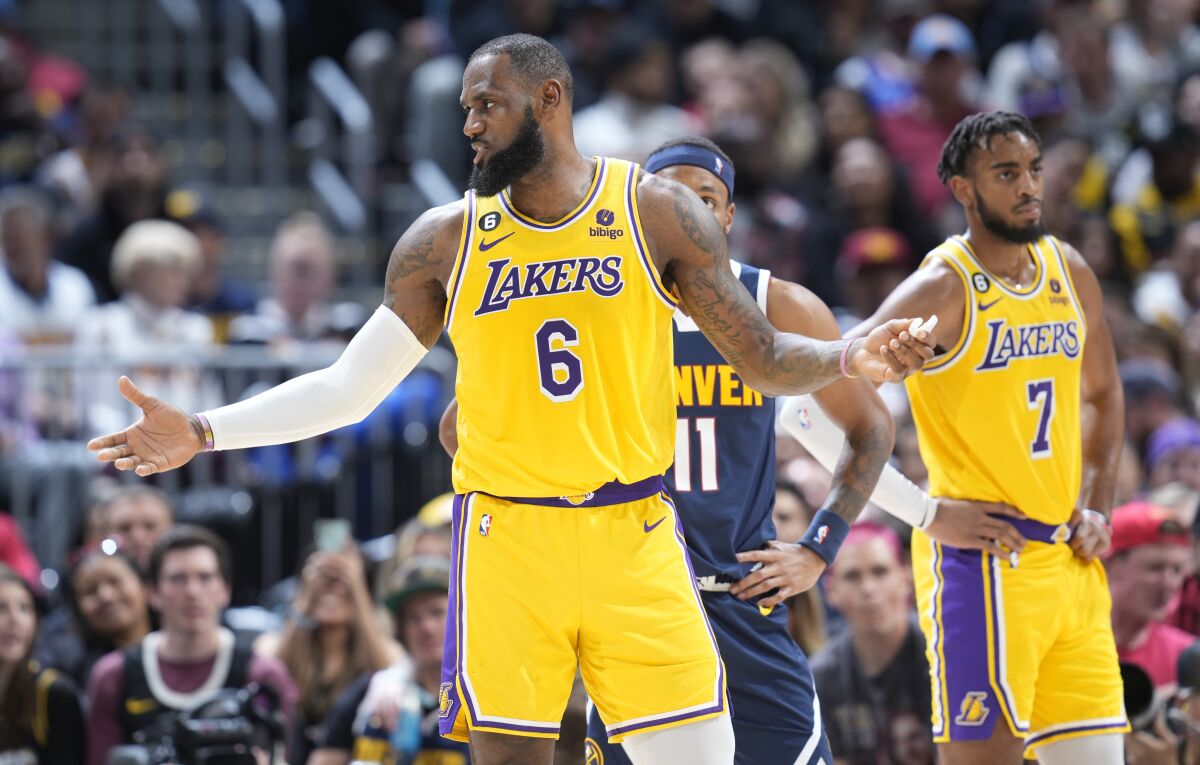 On Wednesday night in Denver, LeBron James and the Los Angeles Lakers remained winless, and they fell to 0-4 thank to reigning MVP, Nikola Jokic’s 31 points and 13 rebounds.

Along with the Kings and Magic, the Lakers remain one of three teams who’ve yet to find the win column during this 82 game season. The Lakers were led by LeBron’s balanced box score, and Anthony Davis’ 22 points and 14 rebounds, as they should be.  However, the rest of their roster remains almost silent, as Los Angeles does not seem to able to shoulder any type of load or responsibility.

The Nuggets on the otherhand, can. With double-digit scoring from four other plays that are not Jokic. The Lakers look to end their winless streak on Friday night, but it won’t be easy, as they travel to Minnesota to play the upstart T-Wolves.