No TD’s For LA In SF 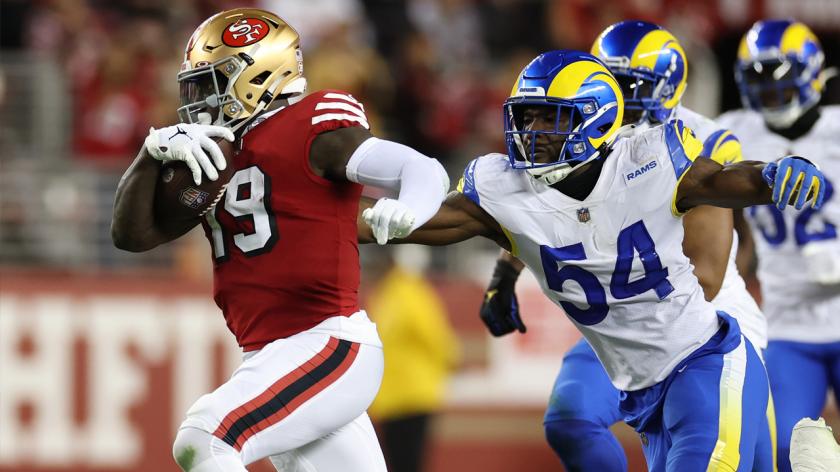 Monday Night Football showcased an NFC West rivalry game at Levi Stadium between two teams, and coaches that know each other very well. In the third installment within the 2022 calendar year between the 49ers and Rams, the 49ers defense told the story of the game, holding LA to no touchdowns, and only 3 field goals for 60 minutes.

Having beaten San Francisco in the NFC Championship, enroute to their Super Bowl title last year, the Rams have looked like a shell of themselves during the first four weeks of this season. As usual, for the 49ers, playmaker Deebo Samuel got loose, catching 6 passes for 115 yards, and a 57 yard TD reception.

The LA loss now pushes all four teams within the NFC West at 2-2, in what some may define as a mediocre division, at the very least, it will be competitive all the way through Week 17.