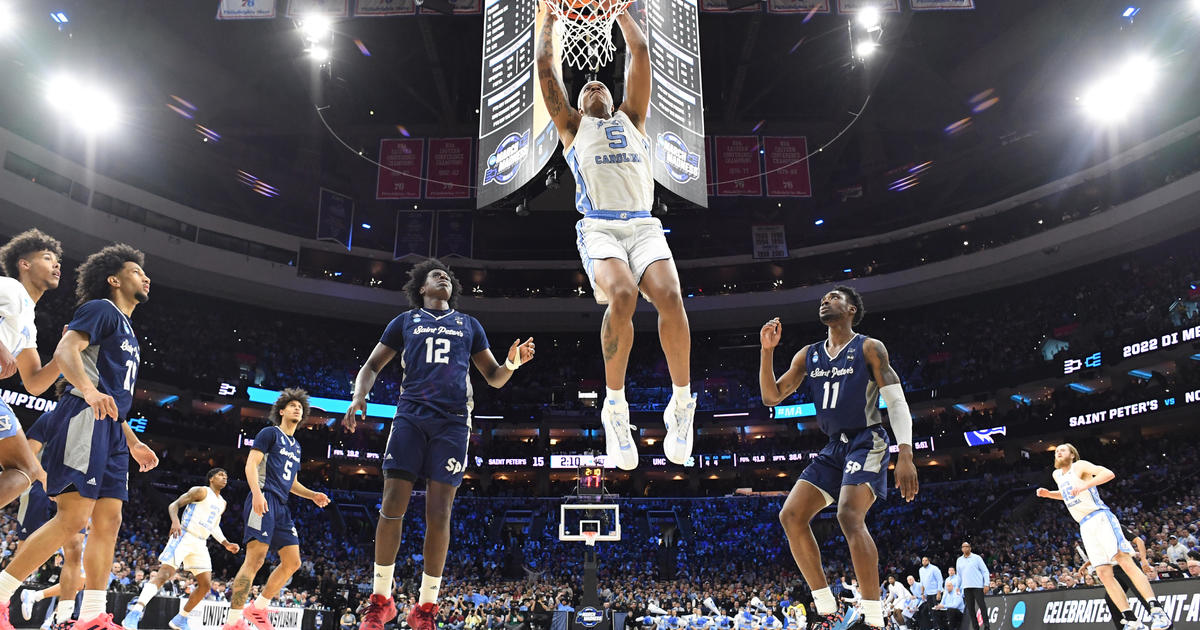 On Sunday afternoon the last game of the Regional Final commenced with No. 8 seed North Carolina Tar Heels playing favorite to the underdog No. 15 Saint Peter’s Peacocks.

The team from Chapel Hill took down the Jersey City school 69-49.  The ACC school dominated from start to finish ending the cinderella run from the 15 seed.  Armando Bacot was a force for North Carolina securing 22 rebounds and 20 points.  Saint Peter’s put up a valiant effort, but were outmatched from a talent stand point.  Their run to the Elite Eight may very well stand the test of time, as they are the lowest seeded team to compete in the regional final in NCAA history.

The win is head coach Hubert Davis’ first Final Four appearance in charge of the Tar Heels.  It sets up a blue blood Final Four, and ACC rivalry game.  As Duke and North Carolina will not match up again on the biggest stage.