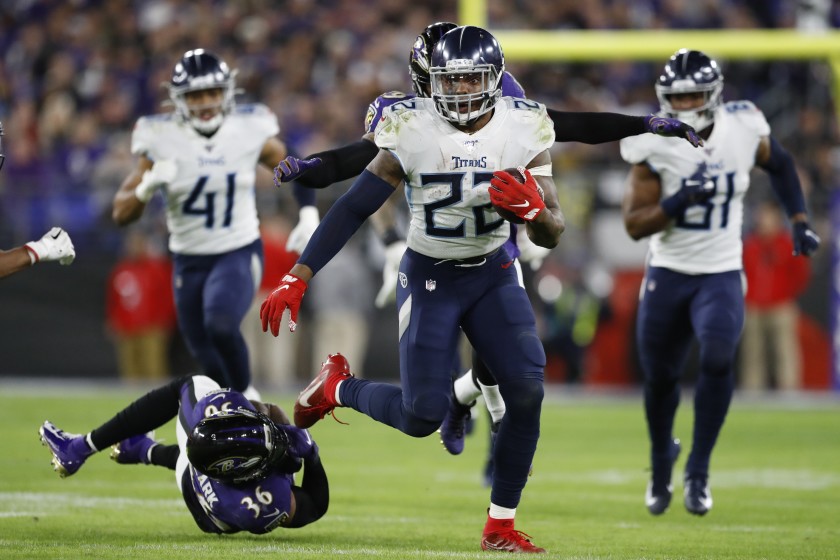 The Tennessee Titans are on the way to the AFC Championship Game after a 28-12 upset of the Baltimore Ravens. The Titans once again rode the back of running back Derrick Henry, who rushed for 195 yards on 30 carries, adding a three-yard touchdown pass. The Titans were the sixth seed heading into the playoffs. After ending the New England Patriots dynasty last week were a ten-point underdog facing the Ravens, who at 14-2 were the NFL’s best team in the regular season. The Titans were in control from the start as they took a 14-0 lead early in the second quarter. The Ravens, who were the top-scoring team in the NFL during the season, appeared to be rusty at the start of the game, as the decision to rest their starters in Week 17 will now be questioned. The Ravens got two field goals before the half, but Tennessee put the game out of reach in the third quarter as Henry followed up a thunderous 66-yard run with a three-yard jump pass to Corey Davis. This was followed up by a Lamar Jackson fumble and a touchdown run by Ryan Tannehill. The Titans will now await the winner of Sunday’s game between the Kansas City Chiefs and Houston Texans.