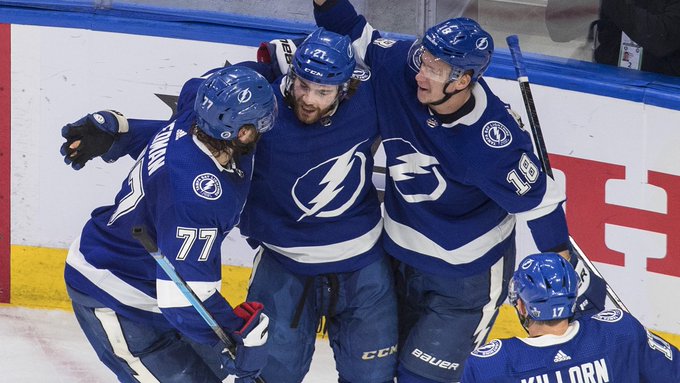 The Stanley Cup Finals have been reduced to the Final Four, with all teams now in Edmonton for the Conference Finals. One day after the Dallas Stars beat the Vegas Golden Knights in the opener of the Western Conference Finals, the Eastern Conference Finals between the Tampa Bay Lightning and New York Islanders began. It was all Tampa as the Lightning struck down the Islanders 8-2. Leading the Tampa charge was Brayden Point, who had two goals and three assists. Nikita Kucherov also had a five-point game with a goal and four assists.