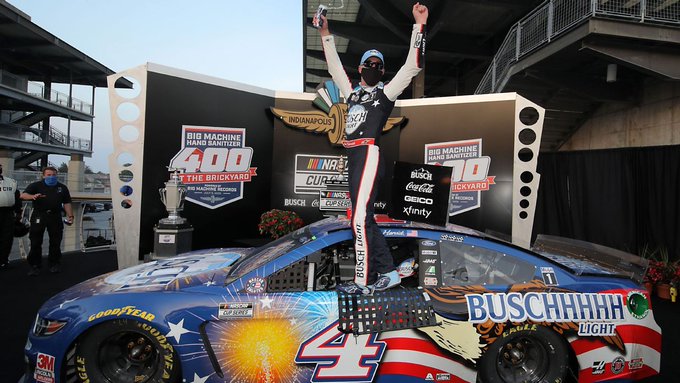 Kevin Harvick continued to run in the lead lap as he took the checkered flag at the Big Machine Hand Sanitizer 400, traditionally called the Brickyard 400 at the Indianapolis Motor Speedway. Harvick has won four races since the NASCAR restart on May 17th. Harvick benefited from a late crash by Denny Hamlin to take the lead, pulling away over the final three laps. It is the second consecutive win in the Brickyard 400 for Kevin Harvick, who was won in Indianapolis three times.