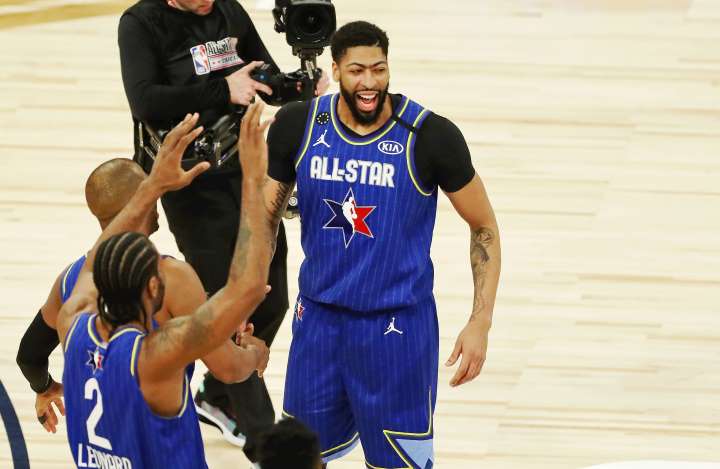 The NBA All-Star Game at the United Center in Chicago changed up the format as the winner of each of the first three quarters won $100,000 for their charity. After three quarters, the scores were added with 24 added to the lead score, in honor of Kobe Bryant with the first to that number being declared the All-Star Game’s winner, getting $400,000. The teams that were captain by LeBron James and Giannis Antetokunmpo split the first two quarters and tied in the third quarter, with the target score being set at 157. The game fourth quarter would see heavy drama, with the game coming down to Antony Davis on the free-throw line to win the game for Team LeBron as Kawhi  Leonard won the All-Star Game MVP, which was renamed in honor of Kobe Bryant.