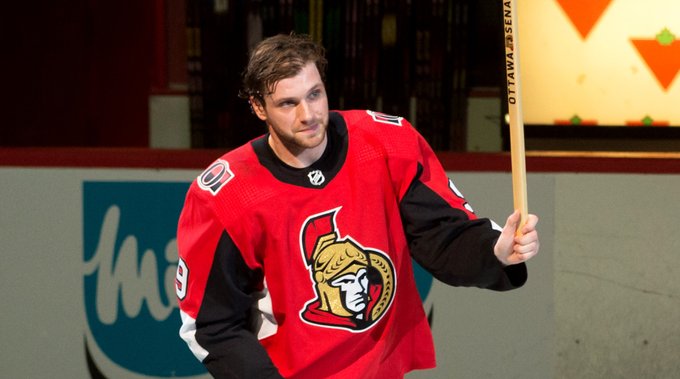 It was an emotional night in Ottawa, as Bobby Ryan played his first game at home since leaving the Senators for personal reasons. Ryan had recently completed a trip to rehab to treat alcoholism. Bobby Ryan grew up in troubled surroundings as his father nearly killed his mother in a drunken rage. Before going to trial, his father changed the family’s name and went on the run with a young Bobby and his mother, who did not want to press charges joining him on the lam. Bobby Ryan was able to grow into a junior star, as his father was finally captured. An All-Star in 2015, Bobby Ryan had struggled in recent years, before deciding to address his demons. In his return, Bobby Ryan was better than ever, scoring a hat trick, as the Senators beat the Vancouver Canucks 5-3. After the game, the crowd at the Canadian Tire Centre gave an emotional Ryan a standing ovation.