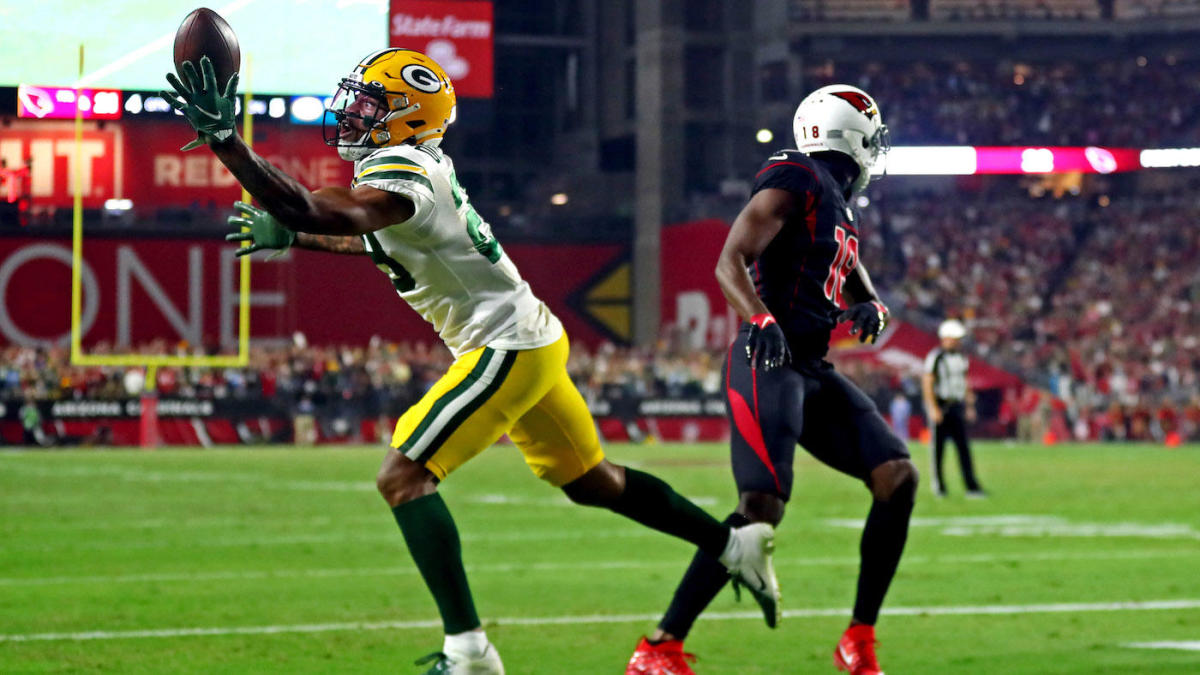 Thursday Night Football’s matchup between the 6-1 Packers and the 7-0 Cardinals ended in dramatic fashion.  Arizona took the field looking for their first 8-0 start in franchise history.

The game came down to the final minutes in the 4th quarter.  Packer’s running back Aaron Jones has a touchdown called back after review.  The drive culminated in no points for Green Bay after being stymied on 4th down by Arizona’s defense.

The turnover on downs resulted with Kyle Murray starting with the ball on his own 1-yard line.  The former Oklahoma QB marched his offense down the field needing a field goal at minimum to send the game into over-time.  Matriculating his team to the Green Bay 5-yard line, the Cardinals went for the win, and ran play that saw Murray target A.J. Green in the end-zone.

The former pro-bowl receiver looked to be crossed-up by the play, and the Packer’s Rasul Douglas came up with an interception effectively ending the game.

Standing at 7-1 respectively, both the Packers and the Cardinals are sure to challenge for the NFC title this year.