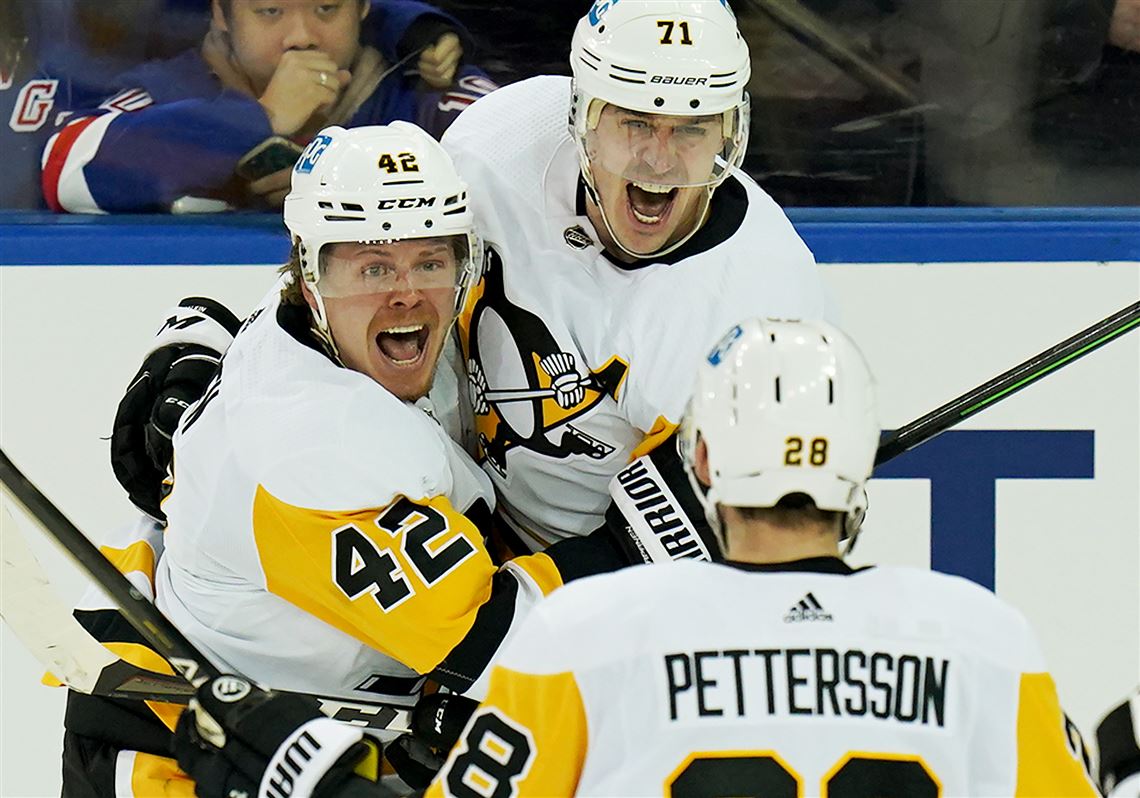 On Tuesday night the Rangers and Penguins began their first round series at the Garden.  New York took a lead in the first period behind an Adam Fox goal.  However, Pittsburgh would rally, scoring 3 goals in the second period to level the score at 3-3.

It would remain tied at 3-all through the 3rd period, and two additional over time periods. Penguin standout, Evgeni Malkin delivered the game winning goal in triple OT.

Jake Guentzel had two goals for the road team, as they will now look to go up 2-0 on the team from the big city on Thursday night at 7:00pm ET.