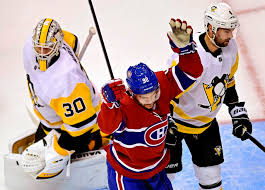 As predicted, the NHL Qualifiers have brought out the highest levels of hockey playoff intensity and plenty of surprises. In each of the two hub cities, the lowest seeds are on the brink of advancing to the 16-team main Stanley Cup Playoffs. Most stunning is the Pittsburgh Penguins, who saw a 3-1 lead against the Montreal Canadiens melt away on Wednesday. Once again, it was Jeff Petry playing hero scoring the game-winner in the third period as the Canadiens won 4-3 to take a 2-1 lead. The same score in Edmonton where the 12th seed Chicago Blackhawks got a late goal by Jonathan Toews to beat the Edmonton Oilers 4-3, taking a 2-1 lead.