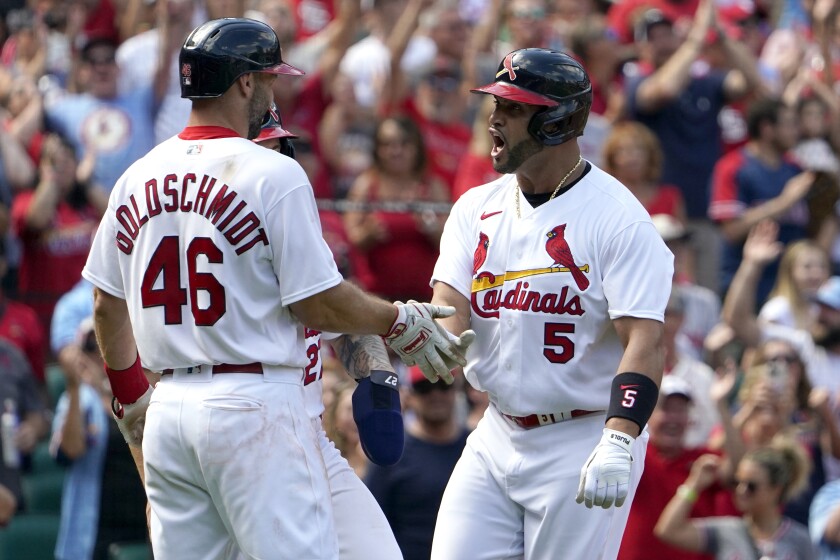 This weekend saw 1st and 2nd place within the NL Central dual at Busch Stadium in a critical 3-Game series. The Cardinals won the rubber match behind St. Louis legend, Albert Pujols. In what is surely his last season in the bigs, Pujols hit two homers in the game, as the Cardinals won 6-3.

Miles Mikolas persevered after his historic bad outing last week, tossing 8 innings, allowing two earned runs. The win keeps the Cardinals NL Central lead to 1.5 games over Milwaukee. There are still four games to be played between the two mid-west ballclubs which will surely play a role in who wins the division.

The Brewers will now travel back home and welcome the dominant Los Angeles Dodgers for a pivotal four game series.